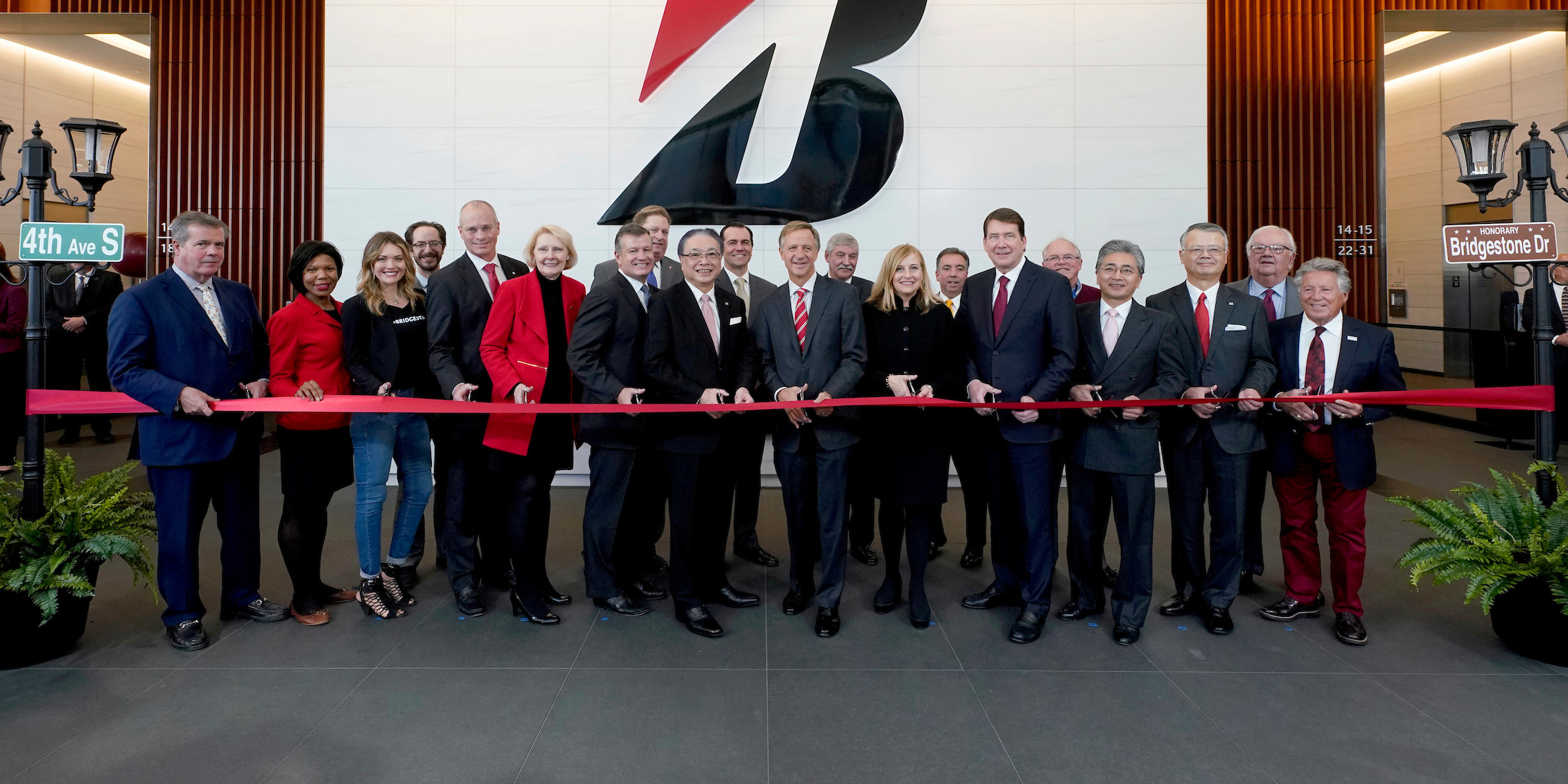 “This is a historic day for Bridgestone and our teammates — we’re proud to call this great city home and see Bridgestone Tower standing tall in the Nashville skyline,” said Bridgestone Americas President and CEO Gordon Knapp. 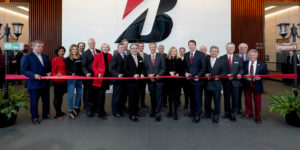 Bridgestone executives and employees at the grand opening of the company’s new headquarters in downtown Nashville.

Highwoods Properties developed the $200 million corporate headquarters with 30 stories. Architects Perkins+Will designed the tower, according to The Tennessean.

MORE ON BRIDGESTONE: Bridgestone Recognized for its Contribution to Downtown Nashville

YOU MAY LIKE: Bridgestone Launches Two New Ultra Wide Base Tires

Bridgestone moved from Akron, Ohio, to the Nashville area  in 1992 after its merger in 1998 with Firestone Tire & Rubber Company.

Bridgestone Tower is the second company facility to open this year in Metro Nashville. In June, the Bridgestone Operations Center opened in Antioch, a neighborhood southeast of Nashville. More than 450 employees and contractors hold offices in that building. More than 2,200 Bridgestone employees work in the Nashville market.

The tower and operations center bring the company’s corporate staff and core business units together in one place.

Advertisement
In this article:Bridgestone, headquarters, Nashville