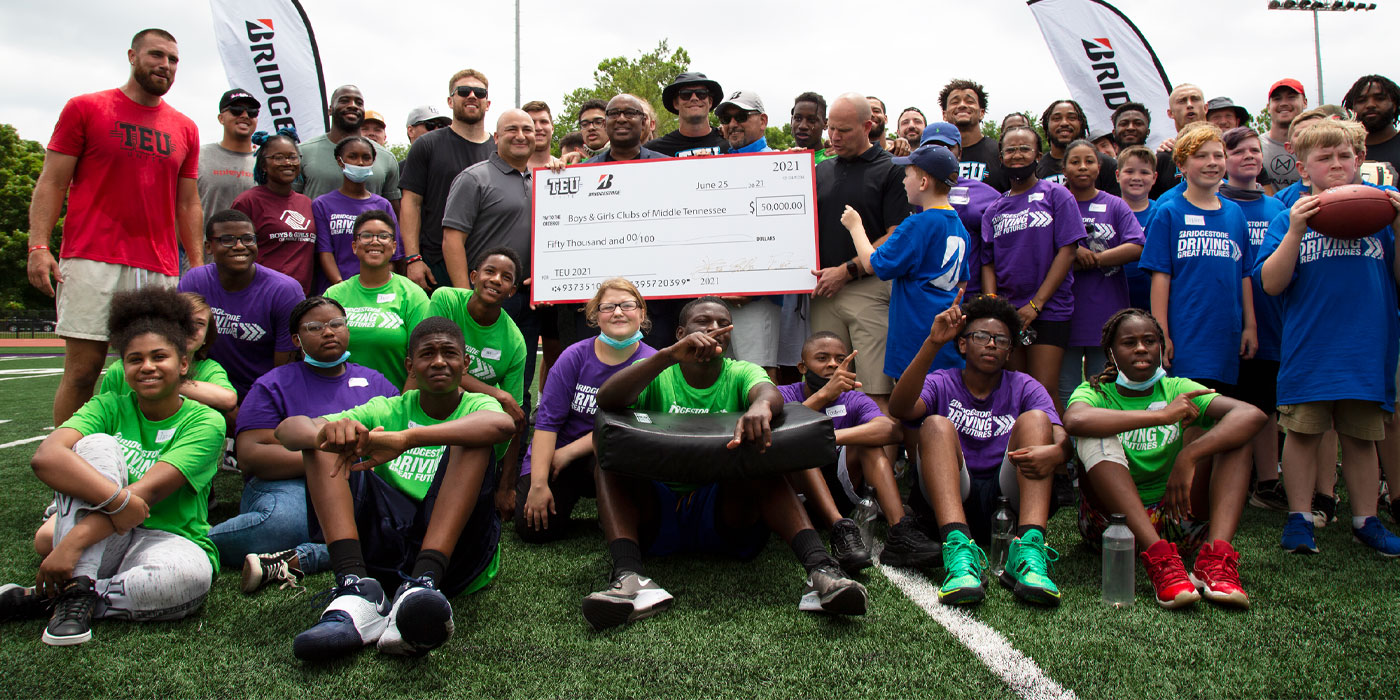 Bridgestone Retail Operations launched a two-week fundraising competition with NFL players from Tight End University in support of Boys & Girls Clubs of America. The campaign is the latest activation in the Bridgestone Driving Great Futures partnership, which has raised more than $20 million to support Boys & Girls Clubs nationwide since the program’s inception in 2015, the company says.

NFL players participating in the 2022 TEU Summit, taking place in Nashville on June 22-24, will begin a digital fundraising competition to raise donations for the youth organization. Players will compete against one another to see who can raise the most funds for their hometown Boys & Girls Club. The competition will culminate at the TEU Summit on June 23, where the top fundraiser will be revealed and an additional $50,000 awarded to their hometown Boys & Girls Club. Nashville-area Club kids will have the opportunity to engage with players as well.

In 2015, Bridgestone established its national partnership with Boys & Girls Clubs of America. Bridgestone has contributed more than $20 million to address transportation-related needs, including maintenance and repairs of existing Club vehicles and the purchase of 51 new vans, as well as bridge technology divides through the purchase of new computers and hotspots that support in-person club programming, virtual classroom learning and other technology infrastructure needs, the company says.

Advertisement
In this article:Bridgestone, charity

Pirelli Talks EV Tires for the Aftermarket, Investing in North America
Connect with us