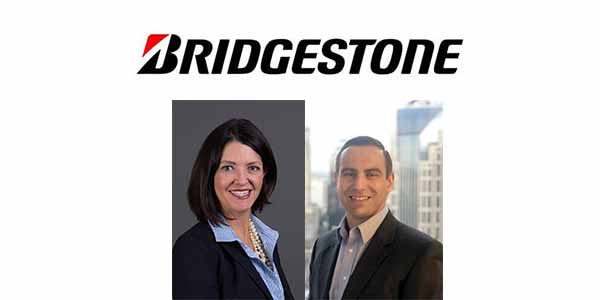 Bridgestone Americas, Inc. has announced that the company has appointed new sales leaders for the off-the-road (OTR) and Firestone Ag businesses in the U.S. and Canada.

“Rob has been influential in shaping market strategy for the OTR tire business and has played a critical role in delivering key product launches such as the Firestone VersaBuilt radial tire line and the PressureStat tire pressure monitoring system,” said Bridget Neal, president, OTR, U.S. and Canada, BATO. “His proven leadership and deep understanding of our customer base will enable us to deliver integrated products, services and technologies that meet the emerging needs of our customers.”

Prior to joining Bridgestone in 2015, Seibert spent five years at P&H Mining Equipment, the surface mining products division of Joy Global, where he held roles of increasing responsibility, including serving as a product manager and district manager. Seibert was an officer of the United States Army from 2002 to 2009 where he flew Apache attack helicopters and served multiple tours in Operation Iraqi Freedom. Seibert earned his bachelor’s degree at the University of Tennessee at Martin.

In her new role, Erica Walsh will lead Firestone Ag sales strategy and execution in North America. She will oversee a portfolio of business that includes agricultural tires, tracks and integrated tire-wheel assemblies in both the OE and replacement tire channels. Walsh joined Bridgestone in 2000 where she began her career as a senior engineer in the quality assurance department. Since then, she has held a number of diverse roles during her career, including leadership positions in commercial sales and marketing. She also helped establish the enterprise innovation platform for Bridgestone Americas. In 2016, she accepted her previous role of director of TBR OE sales. Walsh earned her bachelor’s degree in polymer and fiber engineering and her MBA from Auburn University.

“Erica’s strategic leadership, coupled with her technical and sales expertise, will allow her to be a key leader of the Firestone Ag business,” said Tony Orlando, president, Firestone Ag. “Her knowledge of businesses across the Bridgestone commercial organization will enable her to more strategically align distribution channels to better serve our customers and strengthen our North American business.”