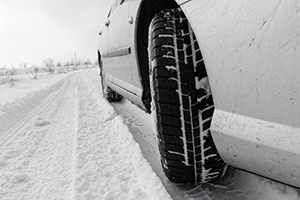 There are three principal categories of winter tires: performance winter, studless ice and snow, and studdable winter tires. All meet severe snow service standards and are branded with the mountain snowflake pictograph.

Performance winter tires are for drivers looking for (relatively) high levels of dry road handling from their winter tires and are willing to trade off some snow and ice traction. Performance winter tires are available in many of the low profile, large wheel diameter sizes (including extra load sizes) used on sports cars, high-performance and luxury coupes and sedans, along with high-end crossover and sport utility vehicles. They are T-, H-, V- or W-speed rated and there are some run-flat sizes.

For drivers who want to maximize snow and ice traction but won’t put up with the noise and hassle of studs, tire makers offer studless winter tires. These tires provide winter traction levels near that of studded tires. They have pliable tread compounds molded into sophisticated tread designs that trade some handling in dry and wet conditions to deliver excellent snow and ice traction. They are available in a wide range of sizes for coupes, sedans, minivans, crossovers and SUVs. Studless ice and snow tires are generally Q-, R-, S-, T- or H-speed rated.

For drivers wanting snow traction and the ability to add metal studs to enhance traction on ice, there are studdable winter tires. These tires feature traditional winter tire compounds and tread designs that provide good traction in snow. When equipped with metal studs, these tires are especially capable in freezing rain, sleet and wet ice. They are available in a wide range of sizes for coupes, sedans, minivans, crossovers and SUVs, and are Q-, S- or T-speed rated.
Many states and provinces restrict studded tires to specific dates or prohibit them entirely because of the damage they do to road surfaces.

Depending on the vehicle they drive, customers typically expect different things when it comes to winter tires.
Despite differing customer expectations, there are some common traits amongst winter tires. In all cases winter tires trade off some wet traction, dry traction and quietness for snow and ice traction. Good warm weather wet and dry traction comes from compounds that conform to the road. At low temperatures, these compounds lose grip as their ability to conform is reduced.

Generally, narrower tires are better in snow and on ice because they are more stable and get better linear traction by penetrating the snow. This is not always true though; on hard-pack snow, wider tires with more sipes are better. In deep snow, wider tires might be able to float over the top, but that’s a very specific situation. Narrower wheel widths are normally better because it rounds the profile of the tire and helps both penetration and floatation.

It is important for both dealers and consumers to know that there is no government or industry standard for snow handling. The only standard that is at all meaningful is the “Mountain Snowflake” symbol. To earn the pictograph, a tire must “attain a traction index equal to or greater than 110 compared to the ASTM E-1136 Standard Reference Test Tire when using the ASTM F-1805 snow traction test.”
In plain English, this means that a tire has to have 10% better straight-line snow traction than a standard reference tire. Turning and stopping are not measured. In some areas of Canada, all tires used during the winter must display the Mountain Snowflake pictograph.

The M+S or M&S marking was first used back when most tires had straight rib tread designs. It is no more than an assurance that the tire has lateral slots. There is no compound requirement or traction standard.

So today’s winter tires are much different than the snow tires that adorned rear-wheel drive sedans and pickups 30 to 50 years ago. That leads to difficult development questions: What snow and ice conditions are being targeted? What type of tread pattern should be used? How much void should there be? What compounds are best? 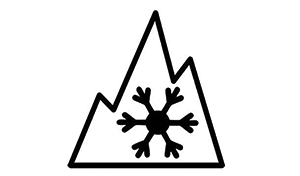 Winter testing is difficult. First off, you can’t test when it’s snowing because constant snowfall makes it impossible to control the test area to get reliable data. Surface condition is critical and the surface must constantly be refreshed. Temperature is also a huge factor. Most testing is done at night to avoid the sun’s heat impacting ambient temperatures. Tires must be at ambient temperature for at least 12 hours, so tires are mounted the night before and left outside. It does help a little that control tires don’t wear out or deteriorate.

Acceleration tests are the most repeatable. Testers usually do rolling tests from 5 mph because they are more repeatable than standing starts. To get good data, it’s not necessary to go very fast. Usually accelerating up to about 25 mph is enough.

Other tests are stopping distance, hill climbs (losing favor because it’s hard to maintain the test area), handling courses and circles. Ice testing is easier to control than snow testing because the surface is more stable and requires less grooming.

Lap times are important, but subjective feel is usually the most significant factor. The problem for the testers is that max grip and the best lap times are generated at higher slip angles than most consumers are capable of controlling. So do you drive like a typical consumer (emphasizing subjective feel) or drive for the best possible performance? Subjective feel usually wins out.

Testing usually focuses on tread patterns and compounds. Generally new tires use standard constructions since there are few benefits to special ones for winter use. What are manufacturers working on? Compounds with extended temperature ranges and more porosity; more exotic sipes (3-D sipes are an important advance); directionality; asymmetric tires with the outside edge designed for non-snow conditions and higher cornering forces.

Cost is a common, and significant, consumer objection. The additional expense is partially offset by extending the combined years of service they get from both sets of tires. Much of the difficulty is that with the wide-spread adoption of FWD, AWD, 4WD, traction control, ESC, and ABS, many people believe that winter tires are simply unnecessary.

In addition, AWD and 4WD vehicles have become very popular in the snowbelt region of North America, largely because their drivetrain systems make winter driving easier.

They all provide drivers with a lot of confidence, but they cannot repel the laws of physics or overcome careless driving when the tires’ capabilities are exceeded. Whether a vehicle has ABS, TC, ESC, 4WD or AWD, drivers need to be reminded that it is their tires that provide the real traction.

Few drivers understand that all-season tires are a compromise intended to provide acceptable traits under a wide variety of conditions. That prevents them from being a master of any one of them. All-season tire tread designs and compounds are less effective in freezing temperatures. Winter tires deliver better snow and ice performance.

For drivers who remember when RWD was the rule rather than the exception will often ask why their FWD car needs four winter tires instead of just two on the drive wheels. Today’s winter tires are so much better than the snow tires of 40 or 50 years ago that when two dissimilar types of tires are used on a vehicle, one end of the vehicle will react much differently than the other.

In the end, buying winter tires allows an owner to alternate between two sets of tires that have been designed for seasonal driving conditions and to have the best tires to overcome driving challenges.

Preparing Your Tire Shop for the Winter Season

Oldman Winter is starting to wake up. Before you know it, roads in many parts of the country will look more like skating rinks than areas to drive. While stocking up on winter tires may seem like the best option, things aren’t that simple. Related Articles – Are You Open on Saturdays? – What Does 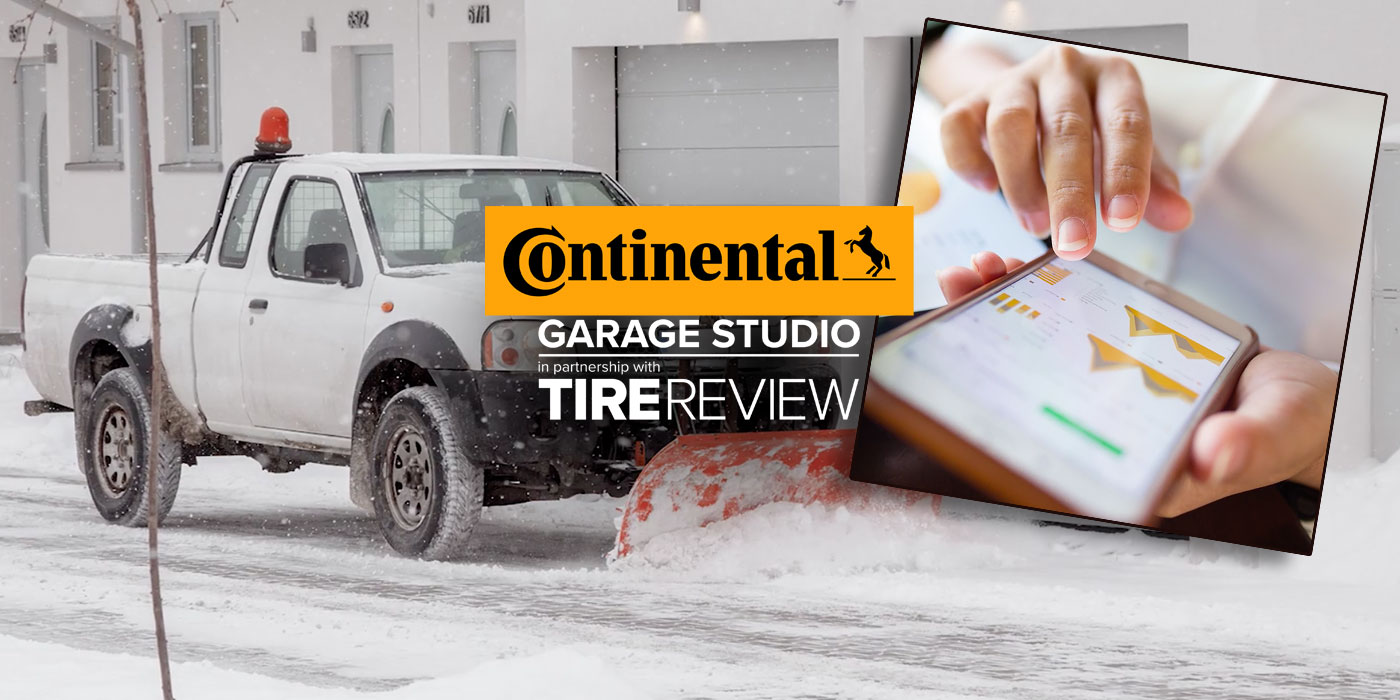