What does bio-fuel have to do with servicing two particular Ford vehicles – each with 7.3L IDI diesel engines that were used in Ford trucks up until 1994 when the Power Stroke was introduced? These trucks were virtually identical, with roughly the same amount of miles and symptoms. The problem plaguing the two trucks was that they both had just shut down and would not run. 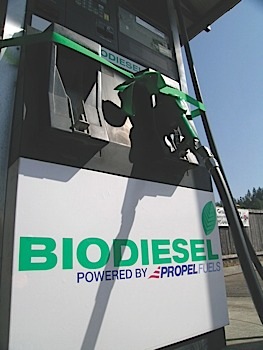 At the shop, I often hear the bad side of everything.

One day, a customer started talking about bio-diesel and had nothing good to say about the subject. As time went by (over the course of a period of years), there was still nothing promising to report about bio-fuels.

This has been quite disappointing because I hoped that after a lot of time, money and research went into a bio-fuel program, that someone might have finally figured the process out. I decided to look into the bio-fuels program to figure out the real truth.

The bio-fuel issue really intrigued me when I was working on two particular Ford vehicles. The engines in question were the 7.3L IDI diesels that were used in Ford trucks up until 1994 when the Power Stroke was introduced.

These trucks were virtually identical, with roughly the same amount of miles and symptoms. The problem plaguing the two trucks was that they both had just shut down and would not run.

After some diagnosis, I found that the injection pumps on both trucks were strangely acting the same way, yet they had two different owners. 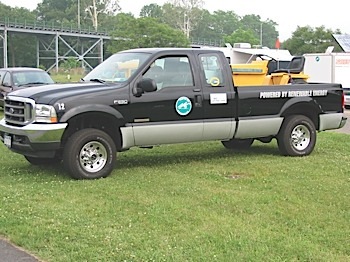 The injection pumps appeared as if they were worn completely out, and simply would not make any pressure to send to the injectors. If you cracked the line at the injectors, the fuel would just barely dribble out.

What’s odd is this type of injection pump failure is not at all common on these engines. The injection pumps have a “rotary” design that was manufactured by Stanadyne and when they start to fail, there are generally “telltale” signs that alert the owner that something is wrong.

You just don’t see these pumps running down the road and suddenly die unless something strange or major happens.

It was very odd that both of these pumps had gone bad with the same symptoms at the same time.

When an injection pump needs a rebuild, I’ll often send the pump to Carolina Diesel, the Stanadyne remanufacturing facility in Charlotte, NC, located about 70 miles away. 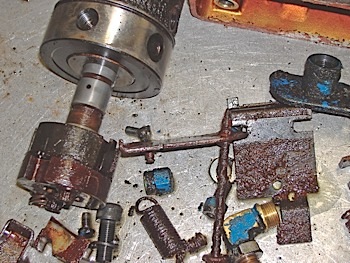 This diesel injection pump has been subject to home-brewed bio-diesel. Notice the corrosion along with the nasty deposits and residue.

When I sent these pumps to Carolina Diesel, they immediately contacted me to ask what kind of fuel these engines had been running. Since I wasn’t sure, I took a sample out of the vehicles in question and all I could tell for certain was that I wasn’t 100% they were running diesel. I cut the fuel filters open and found that both of the filters from two different trucks were completely stopped up with some sort of brown “ooze.”

The guys at Carolina Diesel told me that the pumps were internally damaged and corroded, literally eaten up from the use of bio-diesel. I asked how they knew that this was bio-diesel and they said that they see this happen quite often when someone tries to make their own fuel.

As we talked, I recalled all the bad things that I heard about bio-diesel. Were they universally true? It was sure starting to look that way until I realized what he said: “This type of pump failure tends to happen when people try to make their own fuel.”

I wanted to get to the bottom of things and find out more about bio-diesel — this would be a great education for me if I could figure out the situation. In North Carolina, there are only certain counties that offer bio-diesel and none of them are close to me. So, if there have been any ill effects from using bio-diesel, I have not heard about it because no one around me had any access to the product. 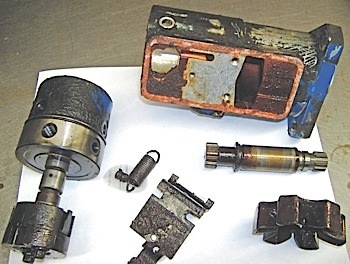 I recall that several years ago equipment manufacturers, along with several automakers, had undergone some testing and stated that the use of bio-diesel was approved for use in their vehicles. So why would a manufacturer suggest that it would be fine to use a bio-fuel if it was going to destroy major engine components?

Bio-diesel is manufactured as a replacement fuel for compression ignition engines and can be made from three different types of oil: plant oils (such as soybean, cottonseed or canola), recycled cooking greases, oils or animal fat.

You can’t typically run a vehicle on this type of oil — to make these oils a bio-fuel, they have to be broken down by a process known as transesterification. This is a process where the oils are reacted with alcohol (usually methanol) with a catalyst (generally sodium hydroxide) to produce bio-diesel.

When properly refined, they produce a byproduct — glycerin (sugar) — that then needs to be extracted.

But these processes have to be handled through super refining and filtering processes. In order for a bio-fuel to be produced legally, it has to conform to a specification known as ASTM D6751. ASTM D6751 gives a specific guideline for proper refining of bio-diesel. The EPA will only register bio-diesel as fuel if it is made to this specification. 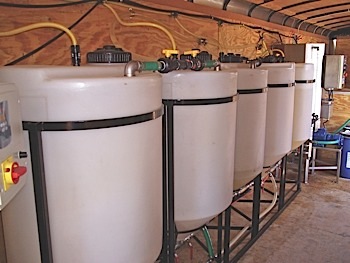 While conducting research, I located a facility nearby that made bio-diesel. Foothills-Bio Energies makes a bio-diesel that meets ASTM D6751 ­specifications.

Another thing I learned was that it is nearly ­impossible to make bio-diesel at home, which answers the question of where the negative ­comments had come from.

Motor Fuel ‘Moonshiners’
Bio-diesel is often used as a fuel for compression ignition engines and can be made from different types of oils: plant oils (soybean, cottonseed or canola), recycled cooking greases, oils or animal fat.

Without the proper refining through the transesterification process, there are a lot of by-products that get left behind that will damage engine components. Even though there are machines that make bio-fuel, this doesn’t mean the result will be suitable for vehicle use. The biggest problem faced by the ‘home brewer’ is handling the methanol.

When the oil undergoes the transesterification process by the use of methanol, the methanol ultimately has to be removed. Unfortunately, this leaves behind methanol, which causes corrosion and does little for the cetane rating of the diesel fuel. This is where the engine damage comes from: improper refining leads to many chemicals left behind. And what about the glycerin? How does the home brewer extract all of that? Who wants sugar in their fuel?

After all this, it must be remembered that bio-diesel is a good fuel when properly refined. Studies have shown that bio-diesel produces more energy than petroleum energy. Also, bio-diesel reduces greenhouse gas along with tail pipe emissions. Petroleum diesel fuel combustion has always been toxic and carcinogenic. By using a B20 blend, these toxins can be reduced by 40%.

When properly blended, bio-diesel will not cause any serious side effects for a fuel system or components. In fact, because of the way it is made, it is actually going to clean your fuel system. Manufacturers recommend that the filters should be changed quite frequently when first using a bio-diesel until all of the fuel system is cleaned out. The sediment you may find in your filters after changing from petroleum diesel to bio-diesel is leftover residue from the petroleum diesel.

The B20 blend is most commonly used, although sometimes in cooler climates a blend of B5 is more common. This is due to the fact that at temperatures below 39° F, B20 will start to gel.

Just be certain when using bio-fuel to make sure that it is coming from a reliable source; make sure that the processes that were used to make the bio-fuel conformed to the ASTM D6751 specification.

As for the Ford trucks I was working on, I found out the fuel from both trucks had been home-brewed. So warn your customers to be careful, the money they save from trying to beat the system will end up costing them in the long run if the fuel is not properly refined.