Big O Tires Earned $1 Billion, Now Its Eyes are On the Future 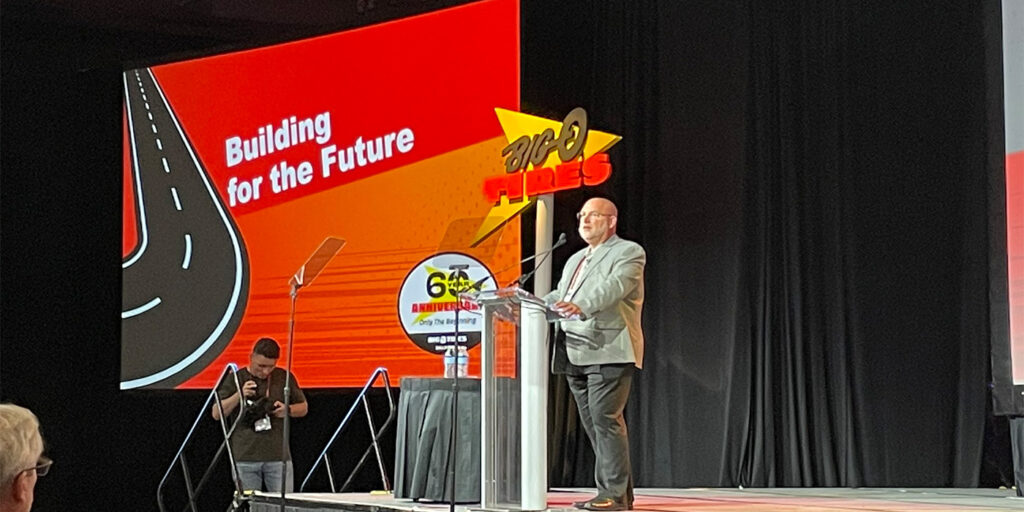 The “O” in Big O Tires stands for opportunity. That sentiment was the driving force throughout Big O’s 60th Anniversary Celebration and Conference in Dallas, Texas – along with this one: “it is only the beginning.” If this is only the beginning for the tire dealer, it hit the pavement speeding, leaving the most gnarly tread marks and dust behind. Here’s why: not only did it reach monumental sales, but its future outlook on EVs, fleets and other services put it ahead of others currently in the space.

The company earned $1 billion in sales in 2021, one of four TBC Corporation (TBC Corp.) subsidiaries to reach that mark. It also touted its readiness for the EV market to grow and its excitement to evolve and expand. Furthermore, leaders within Big O Tires and TBC Corp. remain focused on the company’s future. In fact, Laurent Bourrut – president and CEO of TBC Corp. – says he sees Big O Tires becoming “huge” across the nation.

Big O Tires joins three other TBC Corp. brands (Midas, NTB, and Tire Kingdom) that reached $1 billion in sales in a record-breaking 2021. Big O says this milestone demonstrates the brand’s ability to perform, even despite the pandemic and supply chain and inflation issues that have stemmed from it.

Don Byrd, chief marketing and procurement officer of TBC Corp., says Big O couldn’t reach that mark without the many shops and its owners who reached sales in the multi-million dollar range. In fact, Big O had a first, when a retail location owned by typical top-performers brothers Kent and Kory Coleman hit just under $10.5 million in sales in 2021 at their Salt Lake City, Utah location. Byrd said 30 other Big O Tires locations earned at least $4 million in sales.

Al Urban, vice president of marketing for Big O Tires and VP of TBC Corp., says despite its sales growth every year for the past three years, Big O Tires can still do more to expand and needs to in order to win over the future customers of mobility.

Keeping an Eye on the Future of Mobility

To keep up with the slow but steady rise of electric vehicles being serviced in shops at its various locations, Urban spoke about TBC Corp.’s collaboration with Sailun Tires to design, develop and launch the “Erange EV” tire lineup – the first tire specifically designed for EV applications for the brand. There will also be an internal Big O dealers website, launching in late 2022, for “all things EV,” – meaning a one-stop-shop for the Big O stores to find expert recommendations, training and up-to-date tire information needed for EVs.

“Ease should be at the forefront to decrease friction and increase customer convenience,” said Urban.

Bourrut spoke about the importance of EVs and how they are already having an impact on Big O Tires’ stores.

“If you take an EV compared to an [internal cumbustion] vehicle, you will wear out your tires much quicker with an EV [because of the weight difference]. So there are huge opportunities with that E-range tire segment and providing the services along [with it],” he said.

Expansion to the East

With the opportunity of growing your client base in the future also comes the opportunity to expand the business, which is exactly what Big O Tires says it wants to do. While most of its shops are near the West Coast or in the Midwest, leaders from Big O Tires like Brian Maciak say expansion is inevitable and in the brand’s future plans. Maciak, the successor to current Big O vice president and general manager Jim Bull, says he sees enormous growth potential.

“We want to take Big O into other markets. Other customers will be thrilled to have a brand like [this] in new markets. So we’re going to explore that and we’re going to grow with the new franchisees or existing franchisees,” said Maciak. “There are opportunities in the East to take. It’s just going to require a lot more work because we’re going to have to introduce [Big O] to a brand new customer base.”

You can’t talk about the future of mobility without thinking about electrification in the commercial vehicle space. Take fleets for example, which TBC Corp. says will be one of its four main focuses in 2022 and beyond (along with competitive advantages like its EV website, store expansion to the east and staffing). TBC Corp. says it works closely with Fleet America to provide comprehensive services and maintenance programs to fleets that need them within its network. Bourrut says TBC Corp. is excited for the future of fleet services, and it views embracing fleet work as a critical part of the corporation’s (and its brand’s) future success in the industry.

Awards and Hall of Fame Inductions

Big O Tires celebrates its people. It seemed every 15 to 30 minutes, someone was honored for a different record that was broken or yet another store achievement. Whether it be the Standing “O” Award for outstanding Big O Tires team members or the Hall of Fame Ceremony where three new members were inducted or the closing awards ceremony, there was much praise to go around.

Below is the full list of winners and inductees: 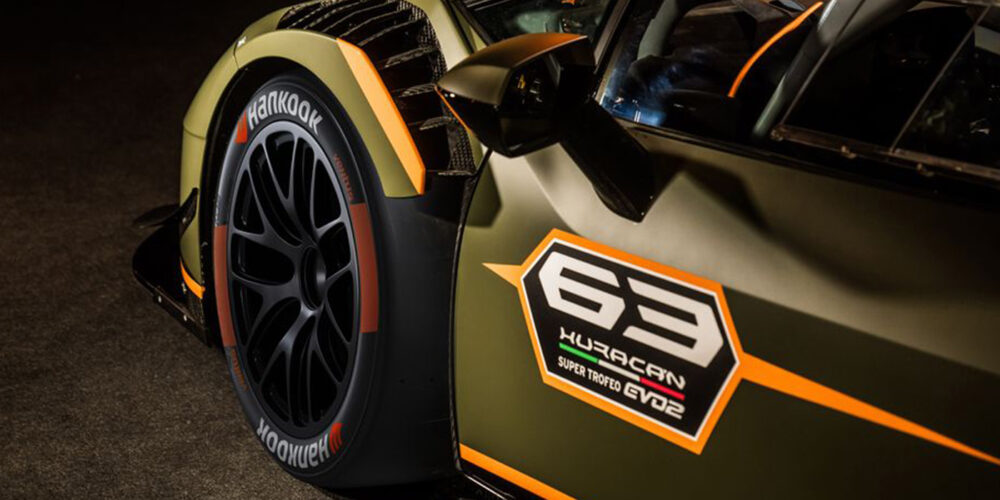 Hankook Tire and Italian sports car manufacturer Lamborghini Squadra Corse have joined forces. As of the 2023 season, the tire maker is now the official technical partner and exclusive tire supplier of the Lamborghini Super Trofeo. In order to master the different requirements, Hankook has developed a new, high-performance race tire. The Ventus Race is specifically tailored to the Lamborghini Huracán Super Trofeo Evo2 racing car and, with its medium compound, provides a high level of grip and maximum consistency in all conditions and at all racetracks.