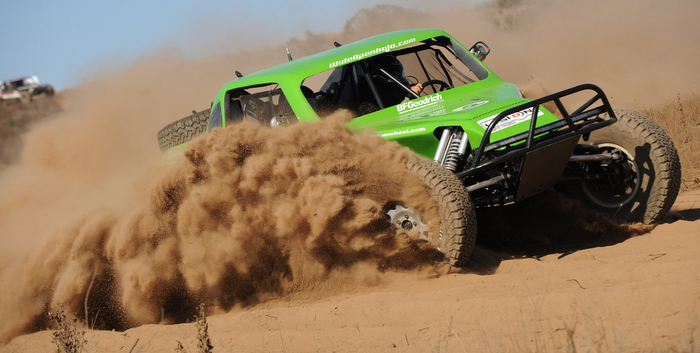 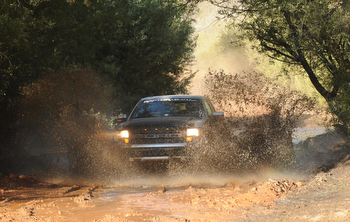 To get a complete picture of the tire’s toughness, media drove roughly 300 miles of Baja’s terrain in both BC buggy racecars and Ford Raptor trucks.

The Mexican state of Baja California has been the backdrop of off-road racing for many decades and is host to both the Baja 500 and Baja 1000. The sand, silt, jagged rocks, grated and winding roads as well as steep inclines make the region a natural roller coaster, and an off-roading playground.

It is in this region that Michelin’s BFGoodrich brand first tested its concept radial light truck tire for on- and off-road use in 1975. And Baja is where BFGoodrich returned to debut its newest tire, the All-Terrain T/A KO2, to media last week.

The T/A KO2 is BFGoodrich’s fourth generation all-terrain tire and as its “toughest all-terrain ever,” it’s set to phase out the company’s popular T/A KO tire over the next year, the company said.

To get a complete picture of the tire’s toughness, media drove roughly 300 miles of Baja’s terrain in both BC buggy racecars and Ford Raptor trucks over the course of two days. BFG also showed off the tires capabilities with rock crawling at one stop. 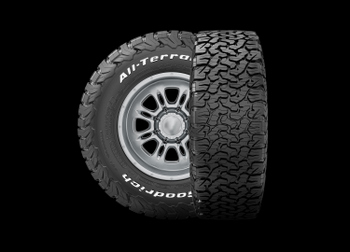 Newsome noted that industry wide 84% of all-terrain tire failures happen in the sidewall and that 60% of these failures are due to sidewall splitting. With that in mind, the company focused on strengthening the sidewall of the KO2, he said.

Utilizing its race proven CoreGard technology, the KO2 has split- and bruise-resistant sidewall rubber and an extended shoulder to prevent sidewall failures, the company said. Compared to its predecessor, the T/A KO2 has 20% stronger sidewalls.

With its new KO2, BFG also focused on longer tread life. New compounds and tread designs make the KO2 last twice as long on gravel roads and 15% longer on asphalt than the KO. The tread is designed to reduce chips and tears on gravel and an interlocking tread pattern helps for more even wear, the company said.

The last thing the tiremaker focused on for the KO2 was traction. Compared to the KO, the KO2 has 10% more traction in mud and 19% greater traction in snow due to side-biter lugs in the sidewall, the company said. Additional raised bars in the shoulder help release compacted mud and 3-D sipes create biting edges for snow traction, BFG said. And the all-season tire carries the three-peak mountain snowflake symbol, noting it exceeds the RMA’s severe snow traction requirements.

Check out upcoming Tire Review issues for more information on the T/A KO2.