The Mexican state Baja California has been the backdrop of off-road racing for many decades and hosts both the Baja 500 and Baja 1000. The sand, silt, jagged rocks, grated and winding roads – as well as steep hills – make the region a natural roller coaster, and an off-roading playground.

It is in this region that the former BFGoodrich Tire Co. first tested its concept radial light truck tire for on- and off-road use in 1975. And Baja is where Michelin North America – keeper of the BFG brand – returned to debut its newest tire, the BFGoodrich All-Terrain T/A KO2, to media in early September. 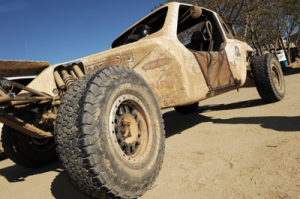 The T/A KO2 is the brand’s fourth generation all-terrain tire and its “toughest all-terrain tire – ever,” the company said. MNA is set to phase out the BFGoodrich T/A KO line during the next year.

To get a complete picture of the tire’s abilities, media drove roughly 300 miles of the region’s rough desert terrain in both Baja Challenge buggy racecars and Ford Raptor trucks during the course of two days. Michelin also showed off the T/A KO2’s capabilities with some rock crawling at one stop during the trek.

“Of all the things we heard, and we heard a lot from consumers, the most important traits for an all-terrain tire are toughness, treadwear and traction. And that’s what we focused on,” he said.

Newsome noted that industry wide, 84% of all-terrain tire failures happen in the sidewall and that 60% of these failures are due to sidewall splitting. With that in mind, the company focused on strengthening the sidewall of the T/A KO2, he said.

“The rubber compound is more split-resistant and that comes from the Baja T/A KR2 where we developed the technology for off-road racing,” said Kevin Reim, BFGoodrich product designer at MNA. “The extended shoulder is actually tread rubber on top of the more durable sidewall rubber. That tread rubber helps in two ways: it’s very cut resistant and we used that to improve the tire in gravel aggression, and the tread rubber creates traction for the sidewall, as well.”

Using a proprietary test to simulate sidewall splitting, Michelin found that compared to its predecessor (the T/A KO), the BFGoodrich T/A KO2 has 20% stronger sidewalls.

With its new T/A KO2, the tiremaker also focused on longer tread life. New compounds and tread designs make the T/A KO2 last twice as long on gravel roads and 15% longer on asphalt than its predecessor, Michelin claimed. The tread is designed to reduce chips and tears on gravel, and has an interlocking tread pattern for a more even wear, the company said. 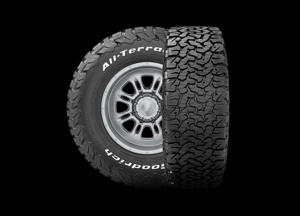 The last thing the tiremaker focused on for the T/A KO2 was traction. Compared to the T/A KO, the new T/A KO2 delivers 10% more traction in the mud and 19% greater traction in the snow, aided by side-biter lugs high in the sidewall, the company said. Additional raised bars in the shoulder help release com­pacted mud and 3-D sipes create more biting edges for snow traction, Michelin said.  And the all-season tire carries the Three-Peak Mountain Snowflake symbol, noting it exceeds the RMA’s severe snow traction requirements.

“When we asked consumers what they want out of an all-terrain tire, they said ‘It needs to be really good on the road, but it needs to give me expanded capability off-road, too.’ With an understanding that its not a full mud-terrain or extreme-terrain tire, what we did was try to give it as much expanded capability in terms of the shoulder and tread for off-road, but it still feels civilized for on-road and highway use,” Reim said.

While in development, the T/A KO2 proved itself in the tough Baja terrain, MNA said. The Baja Challenge class champion of the 2013 Baja 1000 was fitted with the T/A KO2. During the race, the car used just one set of tires, and those were still in use during Michelin’s media launch of the tire, the company noted.

Members of the winning team were also on hand at the T/A KO2 launch to serve as guides and share their thoughts about the tire.

“I have a 3/4-ton pickup, and my wife has a Jeep Rubicon that she uses to take the kids to school. I want to put T/A KO2s on them right now,” said Roger Lovell, a BFGood­rich racer and part of the 2013 Baja 1000 winning team.

“I’ve had T/A KOs on my pickup forever and on my everyday driver. They last forever. You can get 50,000-60,000 miles out of them. And when it comes to traction in snow and elements less than typical asphalt-type stuff, they work really well.“

The advertising and consumer launch message for the BFGoodrich T/A KO2 will center around the phrase “KO2 Takes On…”, according to Duane Thomas, BFGoodrich brand communications manager.

“The idea behind our communi­cations is this tire is so tough it can take on anything,” he said. “You can make the earth your playground with our tires.”

The “KO2 Takes On…” message will be featured on social media as well as in digital and print ads.

One message the brand has developed is “KO2 Takes on Gravity.” In this video, which the company will share on social media, a T/A KO2 tire was tossed out the back of an airplane and then put on a vehicle after surviving the fall. In addition to the video, the brand will host a Facebook contest in which fans can win a free set of tires by guessing where the tire landed.

Michelin will also promote the T/A KO2 through its BFG sponsorships. With its sponsorship of SCORE, the BFGood­rich brand will have messaging at the SEMA Show, the company said. The tire will also be showcased through the partnerships with the Red Bull Signature Series, Lucas Oil Series, Wide Open Excursions and Miller Motorsports.

A T/A KO2 specific training became available as of Sept. 30 at the Michelin Learning Institute and covers all the tire’s features along with the history of BFG light truck tires. At press time, Michelin was finalizing a reward program associated with the training. 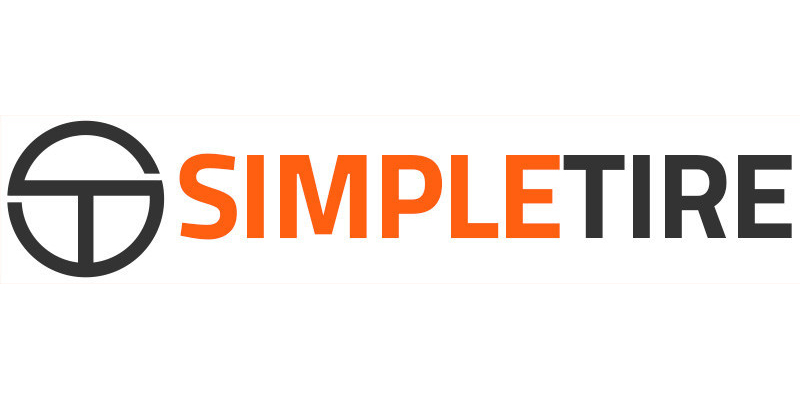 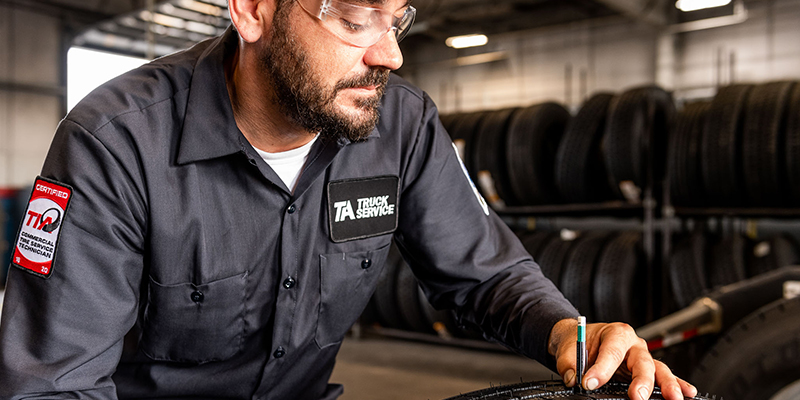 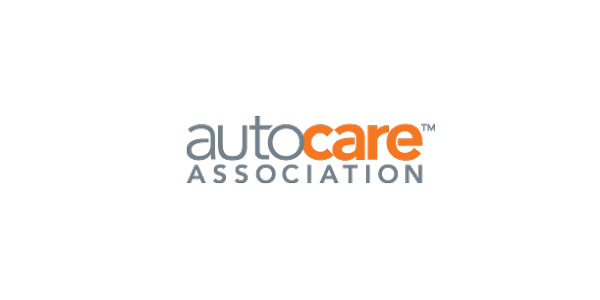 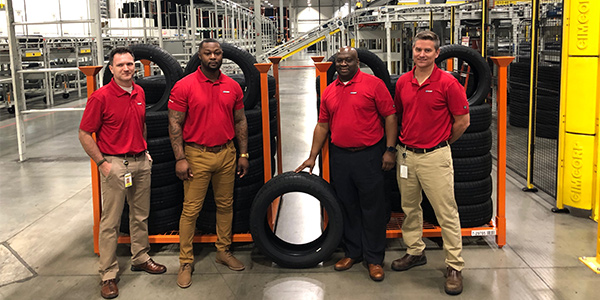 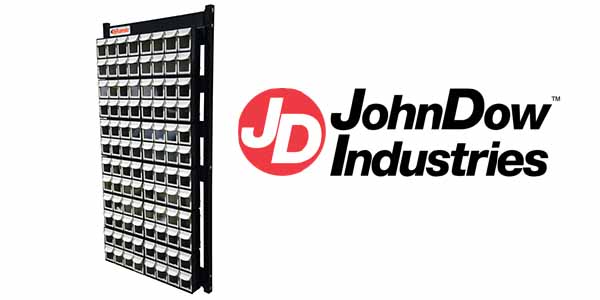 JohnDow Industries re-introducing its Smart Wall Storage Solutions systems. The Smart Walls are designed as a better option for the storage of popular service parts, making them easy to access, easy to find and easy to organize. It is not necessary to lose a minute of productivity looking through overflowing boxes and cluttered shelves and at the same time maximizing available storage space. According to the company, all of these benefits will impact the bottom line of the shop owner – fewer idle service bays, less wasted technician time resulting in improved productivity and increased profits.

Yokohama Rubber: Sales Up, Earnings Down in 2018 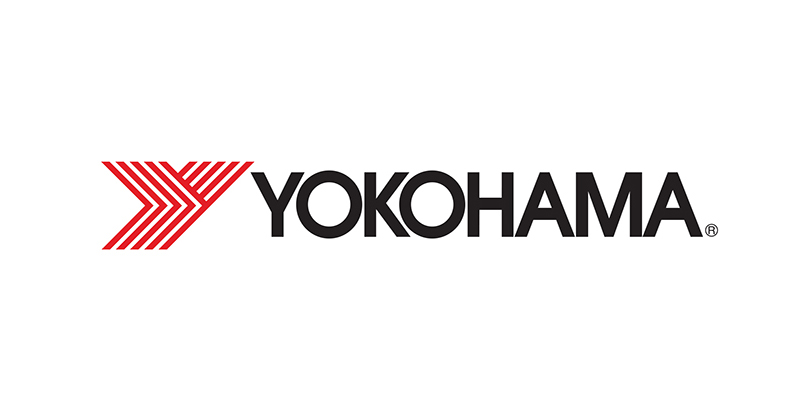 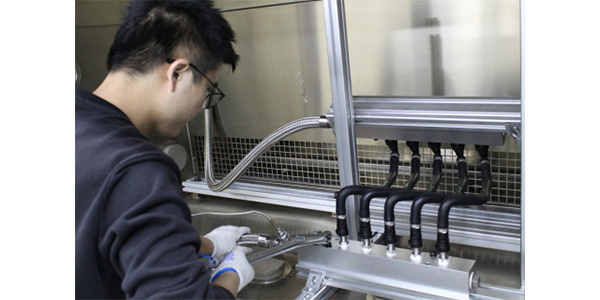 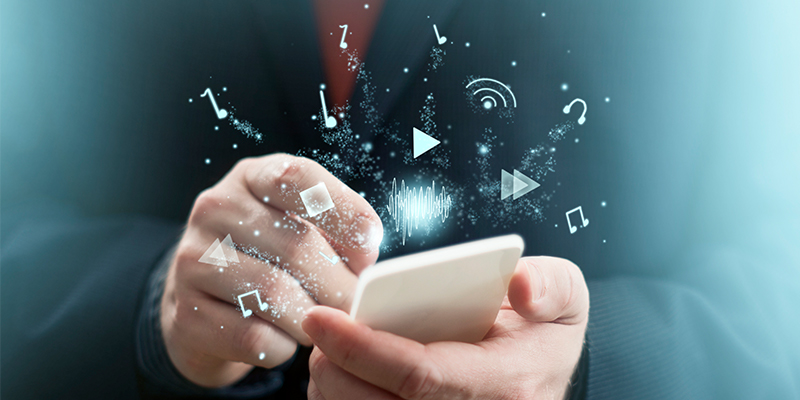 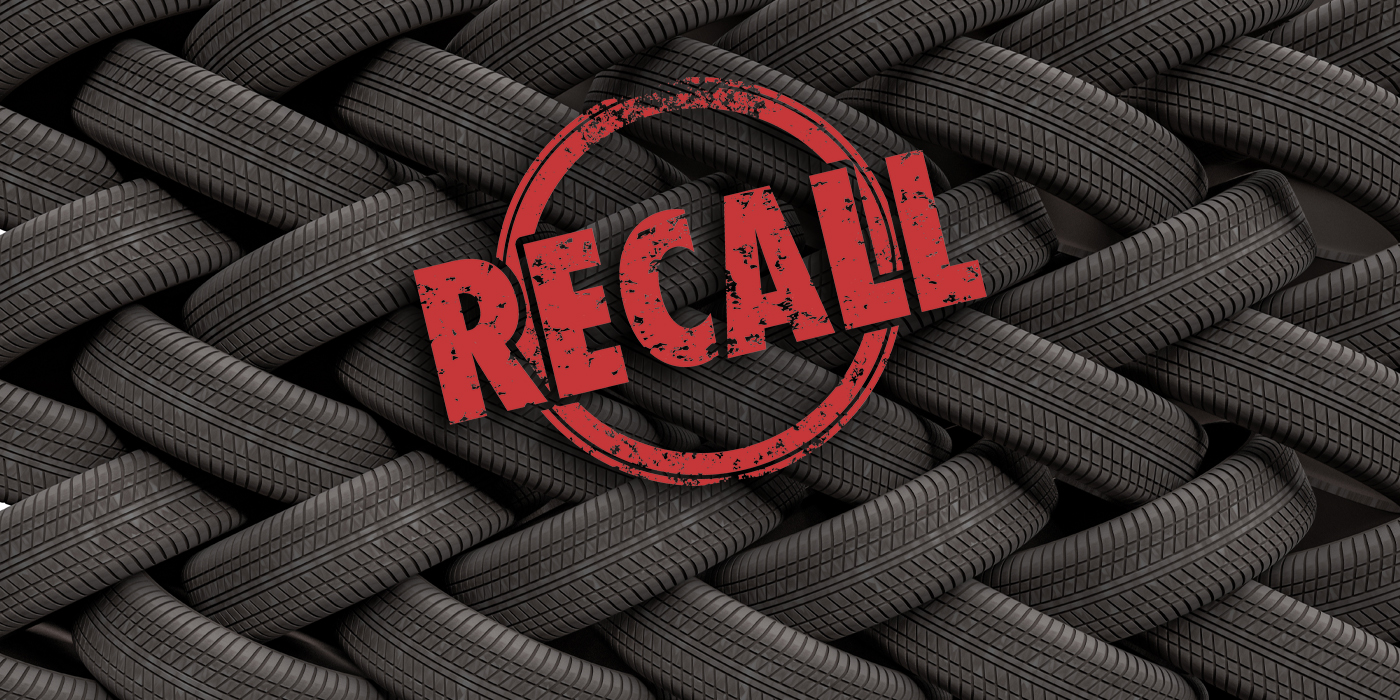 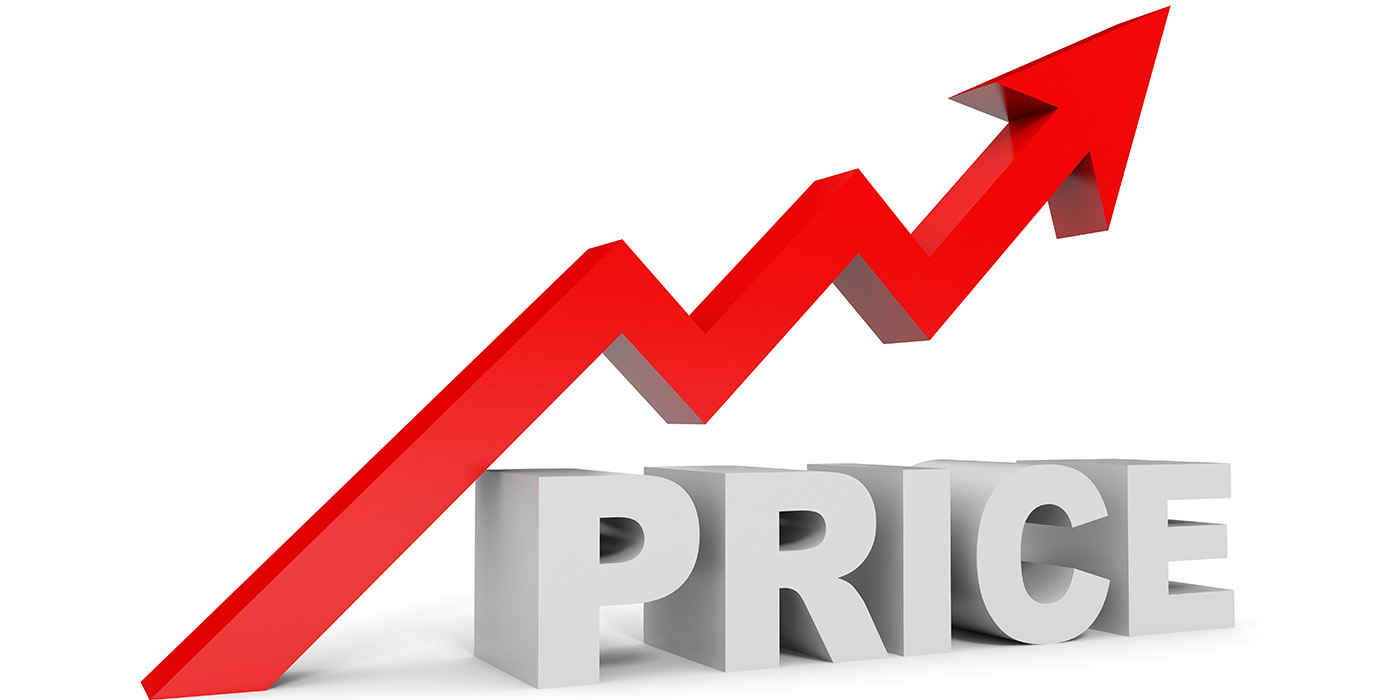 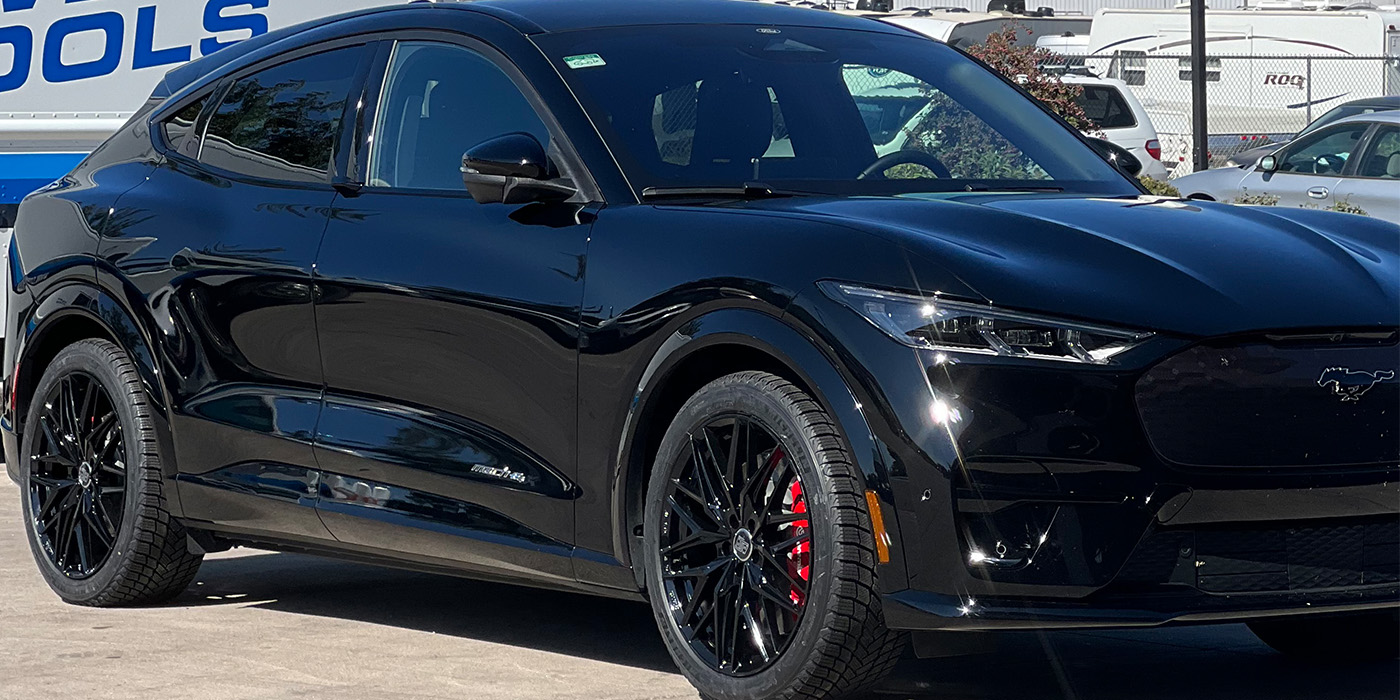