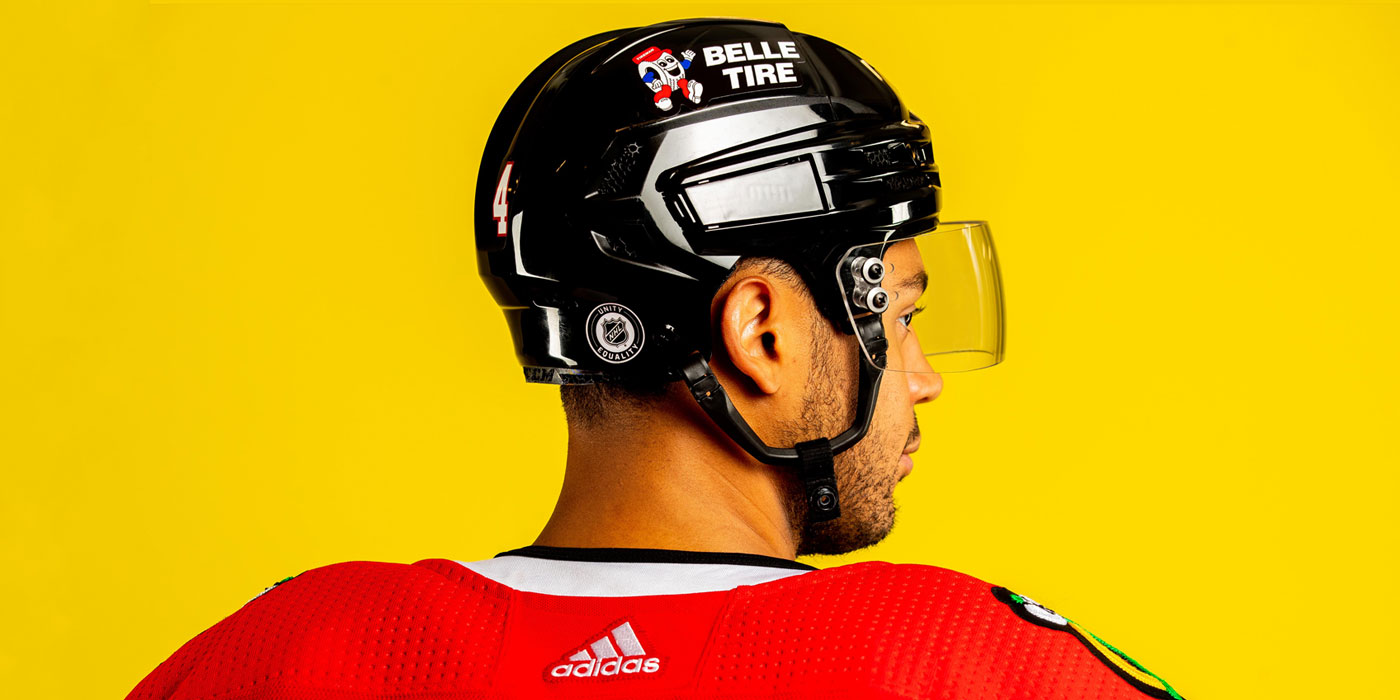 The partnership with the Blackhawk’s celebrates Belle Tire’s expansion into the Chicago market with plans to open 60 stores over the next four years.

The Chicago Blackhawks announced that Belle Tire will serve as the team’s new, exclusive helmet partner. The partnership celebrates Belle Tire’s coming expansion into the Chicago market with plans to open 60 stores over the next four years, the company said.

Belle Tire is slated to open its first local stores in November, which will be located in Naperville, Joliet, Shorewood and Villa Park. The company anticipates its Chicago expansion will create nearly 1,000 jobs and have an overall $325 million economic impact in the region over the next four years.

Belle Tire, whose logo will appear on the sides of players’ home and away helmets, has a long history of supporting hockey at the NHL and elite amateur levels, according to the company. It continues its quarter-century partnership with the Detroit Red Wings as well as supporting the Belle Tire Hockey Club it founded 24 years ago to help youth players develop skills on and off the ice.  Belle Tire Hockey Club has helped to produce players that have made it to the NHL, Division I collegiate level as well in the Ontario and United States Hockey Leagues, the company said.

Advertisement
In this article:Belle Tire, sponsorship