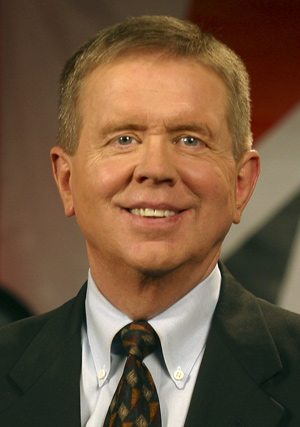 It was two years ago this month that Bridgestone/Firestone Inc. – and the tire industry – changed for all time. On that day, BFS announced the recall of millions of tires, a single voluntary act that set off a chain of events – including the TREAD Act – the tire industry will feel for decades to come.

In this interview, Lampe discusses BFAH’s remarkable rebound, how it was accomplished, what the company learned, and what the future holds.The full version of this interview is online at www.tirereview.com.

What are some of the lessons you have learned from the last two years?
"We learned a lot about the strength of our relationship with our dealers. Our strategy of going to market primarily with our ‘family channel’ has proven to be the right strategy. It reinforced some things we already knew – people buy from people and that relationships are important. And I think our relationships with our dealers proved to be absolutely the most important thing, along with our employees’ attitude, that pulled us through.

"Certainly, we learned we have to be more engaged in Washington, D.C. When this whole thing started, we didn’t have anybody in Washington representing us, even on a consulting basis. We now have a full-time associate who lives in Washington, and he’s done a tremendous job there. I travel to Washington quite a bit. We have certainly gotten to know our local representatives much, much better. We also started a PAC and it’s been successful.

"The other thing we learned is that we had tons and tons of information and data but we had it in different places within our company. We’ve invested a tremendous amount of time and money to develop what we call a Product Performance Information Warehouse. Absolutely everything that relates to the performance of our products comes into this one data warehouse and is used by our quality assurance group to see if there are any trends or anything that they would consider a performance issue. What we say internally is that we want to solve issues before they become problems."

What do you think your competition learned from BFAH’s ordeal?
"I can’t speak for the others, but I think all of us have learned that we need to attack issues from within and resolve them. We need to have a good handle on the data. We cannot take things for granted. We can’t let other people control our destinies. Certainly all tire companies have learned that we need to do a better job for the American motoring public and in educating them about tire care. Did our competition learn anything? I think some of the things that came out of this would have been easy for them to learn: the importance of the dealer channel, the importance of relationships, the importance of mutual trust. If they haven’t learned that in the last two years, they probably just don’t want to learn."

Bridgestone Corp. will likely post a profit for 2002 and it appears BFAH will also be in the black. How strong will the turnaround be for BFAH?
"We committed to our employees, our parent company, our vendors and our customers that we would be profitable this year. And we will be profitable this year. We had a fantastic first six months, well ahead of our projections. Our unit sales are up on the consumer side. The Bridgestone brand is up 29% vs. last year, and the Firestone brand is at a much better level than we anticipated. Some of that is due to new products, but a lot of it has to do with our dealers. They stuck with us and they sell our products, and I can never give them enough credit. Bridgestone estimates it will make over half a billion this year. Our revenues will be up probably close to 5%-6%, we’ll be in the black, and our marketshare will be up."

What has been the hardest and best parts of the last two years?
"Closing Decatur was tough. The layoffs we had to take in early 2001 were hard, too. I can handle going to Washington and I can handle getting beat up in the media. But Decatur has been lasting. People who worked for us for years were put out of work and can’t find the type of job they had with us, and I don’t feel good about that. Now, I think we made the right decision, and if I had it to do all over again I’d make the same decision, but I wouldn’t feel good about it.

"We didn’t close Decatur to punish anybody or because it wasn’t a good plant or because there weren’t good people there. We had to get our capacity back in line with the realities of what tire demand was.

"I guess one of the positive things has also been that dedication and loyalty. We’ve seen it from our employees, business partners and dealers, our other OE customers and our parent corporation. Our parent corporation put $1.3 billion into this company at the beginning of this year, into a company that a lot of people were saying might not be around. But they had confidence in us.

"The support we’ve gotten from the racing community has been tremendous. Things like Mario Andretti coming to us asking what he and Michael could do to help, and Mario traveling all over the country talking to our dealers. Tony George making the decision to take the Firehawk racing tire as the exclusive tire for the Indy Racing League and the Indy 500, and then letting us put the Indy 500 name and logo on our new Firehawk Indy 500 tire."

Do you think BFAH took too big a hit in the fall out from the recall?
"Yeah, I do. Sure I do. I think there was a lot of media hysteria. I think there were a lot of things said without a lot of substantiation. The thing that gets forgotten is we voluntarily decided to recall an overly inclusive population of tires in the interest of safety. You would have thought that we did the worse thing in the world. And for the first time, I believe, a tiremaker said, ‘We need to get this done, so let’s open this up to everybody and let competitor tires on.’ Did anyone say that was a good thing to do? No, you never heard any of that. So, do I think we took a lot of unfair and unduly harsh criticism? Yes I do. But you play the hand you’re dealt."

From an overall perspective what other reforms need to come out of all of this?
"One of my biggest pet peeves is tort reform. It’s not just with BFAH and it’s not just with the tire industry, but if we don’t get it reined in, it’s going to drive manufacturing out of America. People who are hurt deserve just compensation. But that compensation is not going to the people who are hurt. It’s going to the trial lawyers, the trial lawyers and the trial lawyers. When you have a verdict, as one of our competitors did, with a nine-year-old tire that had three repairs, improperly made repairs, and the verdict in favor of the plaintiffs was $39 million, that’s just ridiculous. What’s a jury going to do? We don’t know. It’s a crapshoot anymore. Legal reform, in my opinion, for the sake of our whole economy, has to be addressed very seriously."

How important have your dealers been to the recovery process? Were you surprised by their reaction?
"You know, I guess I wouldn’t be telling the whole truth if I didn’t say I was a little bit surprised. I knew we had great relationships with our dealers, and many of them are personal friends of mine. But tire dealers are multi-brand dealers; most of our dealers handle another brand. It would’ve been very easy for them to put us aside and start emphasizing one of the other brands they have. I guess I could never have imagined the amount of loyalty and dedication of our dealers. I can’t name one of our dealers who I thought turned his back on us or gave up on us. I can’t pretend that I know every location, but I can’t think of a single dealer that I’m disappointed in.

"I think our dealers know that we truly do care about their profitability and that we know that if they aren’t successful, we won’t be successful. I can never thank them enough, and I can never give them enough credit for staying with us."

Can this happen again to BFAH or another tire company?
"I don’t believe that it can happen again. We’ve certainly learned a lot of things. We have our early warning system in place. There will be recalls in the future, and some of our competitors are doing it right now with small populations of tires. That will happen because tires are still made by people. But will it happen again to the proportion or the extent of what we went through? I don’t think it will happen again. Not in our company."

Proud to Be an Independent Tire Dealer: Proud to Be: Rob Duckworth, Tire Outlet

Back to Black: Lampe Looks Back on a Long Two Years and What It Took For BFAH to Recover