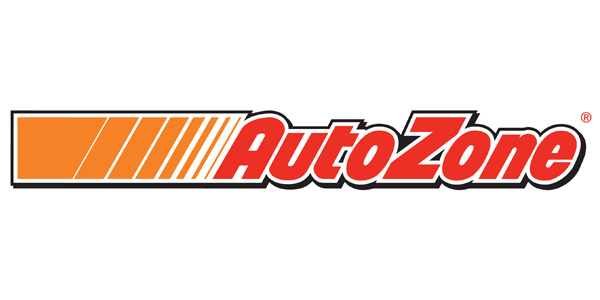 AutoZone is ringing in its fiscal new year with plenty to toast, after the company reported record sales and continued to make inroads with commercial customers during its fiscal 2019, which ended Aug. 31.

AutoZone is ringing in its fiscal new year with plenty to toast, after the company reported record sales and continued to make inroads with commercial customers during its fiscal 2019, which ended Aug. 31.

At $11.9 billion – a company record – overall sales were up nearly 6% compared to the prior fiscal year. Domestic same-store sales were up 3%.

AutoZone saw a nice uptick in sales to commercial customers. Domestic sales to DIFM customers jumped 13.4% in fiscal 2019, after increasing 7.3% in fiscal 2018. The company added 152 domestic commercial programs during the year, and now has programs in 4,893 of its 6,411 total stores.

In the fourth quarter, DIFM sales increased 21% compared to fiscal fourth-quarter 2018, and weekly commercial sales averaged $10,700 per program, an all-time high for the company.

During AutoZone’s Sept. 24 conference call, CEO Bill Rhodes noted that commercial sales to “mom-and-pop” repair shops grew at a faster rate than its overall DIFM business in the fourth quarter, and sales to “mature” DIFM accounts grew at a record rate.

A relatively new player in the DIFM segment, AutoZone only garners 3% of the overall commercial market, according to the company. But AutoZone is growing its DIFM sales three times faster than the industry average, Rhodes noted.

“While we remain smaller than many of our peers in absolute sales volume, our growth rate has been very robust,” Rhodes said.

AutoZone has taken a number of steps to grab a bigger share of the coveted DIFM segment, including improving its product assortment, bolstering its SKU count in some stores and investing in technology to support online ordering. Regarding the latter initiative, Rhodes said the company’s investment in its online capabilities for commercial customers “will be ongoing.”

“We know we have ample opportunities that, once addressed, will allow us to make deeper inroads with certain customers that have not bought from us in the past, and will allow us to further grow our business with existing customers, many of which are the more sophisticated shops,” Rhodes explained.

Also, as part of AutoZone’s strategy to woo DIFM customers, store managers and district managers are “much more involved in the commercial business today than ever before,” according to Rhodes.

“We started with our store managers beginning to make sales calls in the fourth quarter of last year,” Rhodes said. “And they’re out making sales calls, but the real thing that they’re doing is they’re learning from the customer what’s important to them and they’re learning how we are executing against that. When they get back to the store with their teams, they can do what they do like nobody else. They can enhance our service for our customers. Before, because they didn’t have a direct connection to those commercial customers, they really didn’t know where our service advantages were and they didn’t know where our service shortcomings were coming from. Now they have direct line of sight to that.”

While growth in the company’s DIY business is lagging its commercial business, DIY generated “positive same-store sales for the quarter,” Rhodes noted.

“Retail remains a very solid, predictable story for us, as it is definitely a more mature customer segment than commercial, but a steady revenue stream, and a substantial cash-flow generator,” he explained. “ … While our retail business is far more mature than our commercial business, we were pleased with our performance in Q4 and remain optimistic about the new year and beyond.”

Last October, AutoZone implemented wage increases for some of its hourly employees. The pay raises should help the company “attract and retain high-quality talent that can continue to provide ‘wow’ customer service,” Rhodes asserted.

“It is important to remember the high-touch nature of this business and the vital role our highly knowledgeable AutoZoners play to help our customers maintain and enhance their vehicles,” Rhodes added.

AutoZone’s strategy of offering expanded parts assortments in certain stores – known as hubs or megahubs – is working so well that the company recently announced plans to double the number of megahubs in its network.

In fiscal 2019, AutoZone added 11 megahubs, bringing its total to 35 megahub stores and 170 hub stores, according to Rhodes. The company’s goal is to have 70 to 90 megahub stores across the United States.

Hubs and megahubs offer additional SKUs that previously wouldn’t have been available in a local market. In the past, AutoZone would ship harder-to-find or slower-moving SKUs to local markets based on demand.

“We have consistently seen both our DIY and commercial sales expand in markets where hub or megahubs are added, and we will continue to grow the number of hubs,” Rhodes said. Regarding the company’s megahub goal, he added: “We have some ways to go and it’ll take us a few years to build this out.”

Other ongoing initiatives include technology investments aiming to improve the company’s electronic catalog and point-of-sale system, “to ensure the customer has an efficient and seamless, frictionless transaction.”

“We believe our current and future technology investments will improve our competitive position, will make our AutoZoners more knowledgeable and more efficient and ultimately will lead to sales growth across all of our businesses,” Rhodes said.

Overall in fiscal 2019, AutoZone opened 209 new stores, including 55 internationally. In addition to its 5,772 stores in the United States, the District of Columbia, Puerto Rico and St. Thomas, the company now has 604 stores in Mexico and 35 in Brazil.