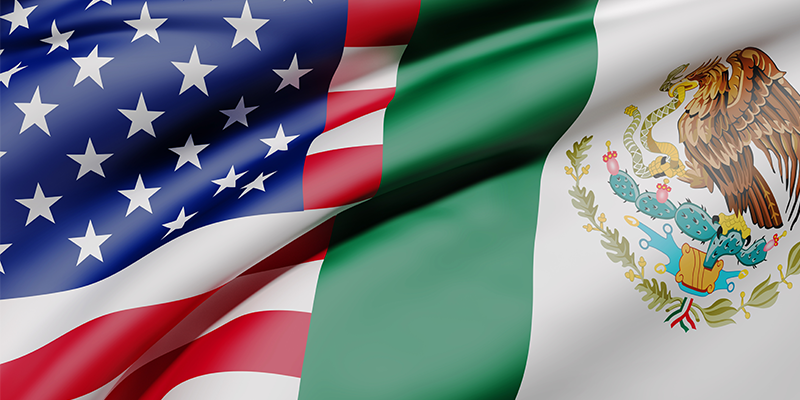 Auto Care Association President and CEO Bill Hanvey released a statement June 8 approving of the Trump administration’s decision to roll back on tariffs threatened against Mexico.

Auto Care Association President and CEO Bill Hanvey released a statement June 8 approving of the Trump administration’s decision to roll back on tariffs threatened against Mexico.

“The Auto Care Association applauds the Trump administration’s reversal on its decision to impose tariffs on imports from Mexico,” Hanvey said. “Mexico is the United States’ largest trading partner when it comes to auto parts, with more than $55 billion imported in 2017. U.S. companies benefit from having largely duty-free access to Mexico’s labor market for certain important steps along the supply chain. A new tariff would have resulted in higher prices for U.S. consumers and job losses for U.S. businesses.”

In a series of tweets June 7, Trump announced he would not move forward with the tariffs against Mexico, saying “I am pleased to inform you that The United States of America has reached a signed agreement with Mexico. The Tariffs scheduled to be implemented by the U.S. on Monday, against Mexico, are hereby indefinitely suspended. Mexico, in turn, has agreed to take strong measures to stem the tide of Migration through Mexico, and to our Southern Border. This is being done to greatly reduce, or eliminate, Illegal Immigration coming from Mexico and into the United States. Details of the agreement will be released shortly by the State Department. Thank you!”

According to a White House statement published May 30, the United States would have imposed a 5% tariff on all goods imported from Mexico beginning on June 10 due to President Trump’s dissatisfaction with Mexico’s approach to addressing illegal immigration along the southern border.

The statement added that if Mexico did not take action to “dramatically reduce or eliminate the number of illegal aliens crossing its territory into the United States,” tariffs would steadily increase each month.

“The association will continue to work with the administration and Congress on ensuring long-term, open access to U.S. trading partners like Mexico,” Hanvey said.