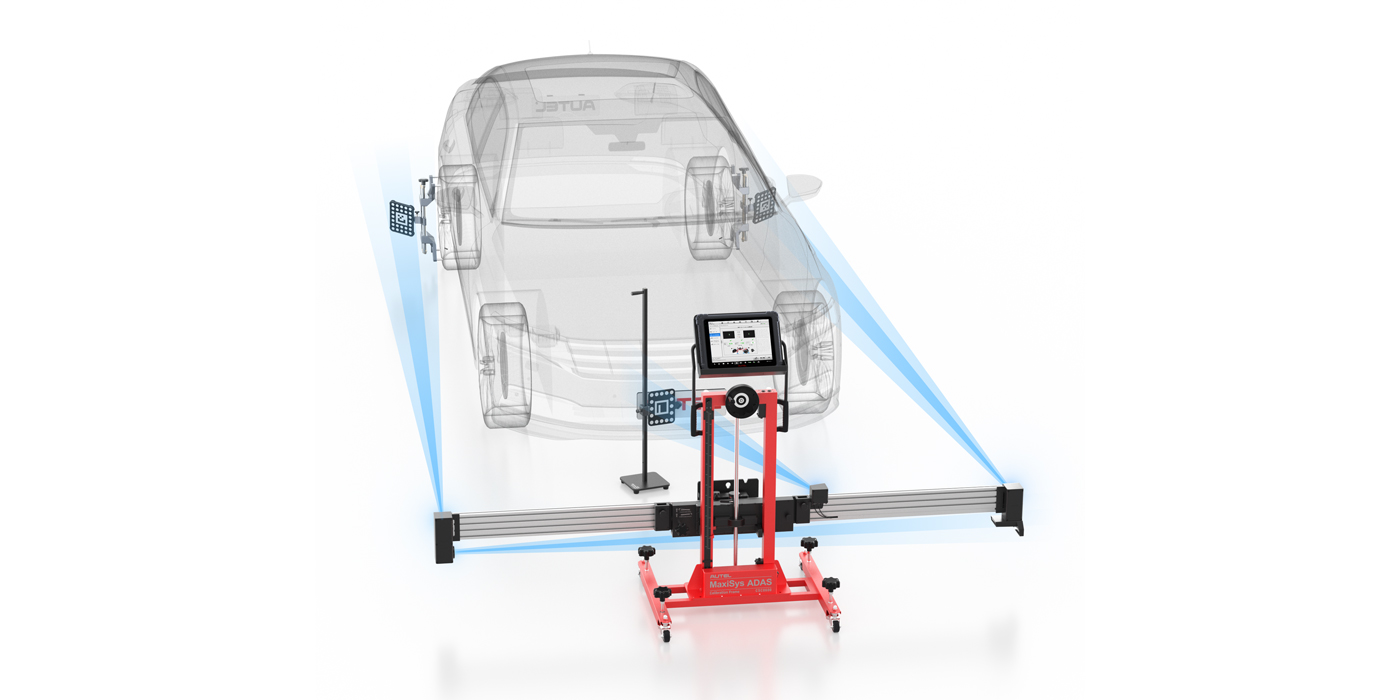 The company says the IA800 reduces the setup time involved in frame-to-vehicle positioning prior to ADAS component calibration.

Autel US has released its IA800, Intelligent ADAS Optical Positioning for its standard ADAS Calibration frame.

The company says the IA800 reduces the setup time involved in frame-to-vehicle positioning prior to ADAS component calibration.

The IA800 eliminates the need for mechanical measuring tools like reflectors, plumb bobs and measuring tape, the company says. With the IA800, wheel clamps with camera targets are attached to the rear wheels and a standing target component is placed in the front of the vehicle or to its side, depending on the vehicle make, model and year. The tablet, now placed securing on the frame, is paired with the cameras.

The system recognizes the positioning targets and calculates the current angle, distance and offset position of the frame to the vehicle, Autel says. The technician follows the onscreen instructions to move the frame or adjust the angle of it until the current values match the required values. A green checkmark displays for each parameter once the required position values are achieved.

Autel says the system also features its alignment “PreCheck” capability, which uses the IA800’s camera system and targeted wheel clamps attached to all four wheels to determine the vehicle’s current alignment specifications and compare them with the vehicle manufacturer’s allowed tolerances.