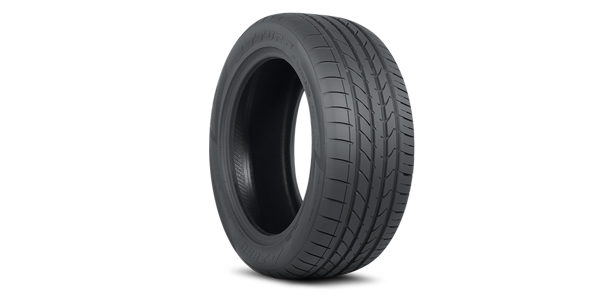 Atturo Tire announced during the SEMA360 Virtual Event its official entrance into the American muscle car market with the debut of its new AZ850 Muscle lineup of tires.

This new lineup features the brand’s ultra high-performance AZ850 tire in new sizes specific to muscle car applications. Atturo says the AZ850 is engineered to take advantage of the power of vehicles such as the Dodge Challenger and Charger, Ford Mustang and Chevy Camaro with an asymmetric tread design featuring different inside and outside contours that achieves optimal balance across the tread face. This evenly distributes the pressure of the contact surface to enhance traction and handling, the company says.

“From the beginning, the Atturo brand has always been about three things,” Atturo Tire president Michael Mathis said. “First, it’s about performance. Whatever market we’re in, we want to make sure that our products perform the best. Second, we cater toward enthusiast markets. We look for segments where people really love their vehicles and want to do great things with their tires. And third, we focus on delivering value.

“So, how did Atturo get into the Muscle Car market? Well, Mopar enthusiasts actually discovered us. They started using the AZ850 on cars like the Challenger and the Charger. They were hitting drag strips and discovering how well the tire performed on both the strip and the street.”

Atturo says its market research found that of the more than 1.8 million muscle cars currently on the road today, over 44% of owners are likely to modify the vehicles with the most likely modification being a set of performance tires. To cater to this audience, Atturo is releasing initial size ranges for the AZ850 Muscle lineup in 19- and 20-in. rim sizes, with staggered applications for the Challenger, Charger, Mustang and Camaro. New AZ850 Muscle sizes are: