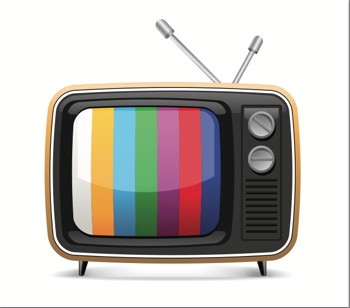 Last month, we covered the relevance of radio in today’s digital and social age. But what about television – perhaps the most expensive form of traditional advertising?

While TV certainly is one way to reach a large number of people in your market with a custom-tailored message, what about the growing use of online streaming, which cuts into cable subscriber numbers, or digital video recorders, which offer viewers an easy means of skipping over commercials entirely?

According to several dealers and advertising executives, the challenges of TV are outweighed by its benefits, provided you’re sending the right message to the right market.

The dealers we spoke with each rely on TV to solidify their marketing plans. Whether TV ads make up just a portion of the annual ad spend or are the dealership’s primary means of marketing, each sees value in the medium. 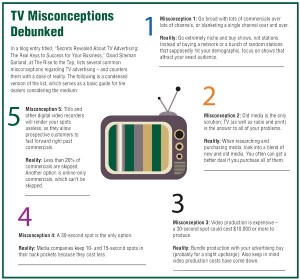 Griffin Brothers, with nine locations in North Carolina, dedicates roughly 49% of its ad budget for TV, a slight decrease from a few years ago. “With the emergence of social media and online advertising, we’ve found that you can target users more specifically online with a smaller investment,” according to Ginger Griffin Marketing + Design, the shop’s agency. “Not all of our potential customers are online or read printed materials, so we feel it’s important to utilize a mix of media.”

According to Ginger Griffin Marketing + Design, a recent study found that the average American spends more than 4.5 hours a day in front of the TV, and that 99% of all U.S. households have at least one TV.

Charleston, S.C.-based Hay Tire Pros has increased its TV ad budget during the past three years, from 46% in 2012 to 66% this year. “Whether because of habit or the number of people new to the area, our local morning and evening news shows are heavily watched,” says owner David Hay. “We usually are able to air our spots during those times for a reasonable cost.”

Jim Ray Cobb, owner of AnchorLine Advertising – the agency Hay Tire uses for its TV campaigns – says the relevance of TV advertising depends largely on the market. “Charleston is still a very affordable market for a smaller advertiser like Hay Tire, and people here still rely on local news to see what’s going on in their neighborhood,” he says.

He adds that it’s easy to closely target your audience with TV, since you have the option of buying specific programming that appeals to certain people.

Having allotted 30% of its ad spend to TV for the last several years, Oahu, Hawaii-based Lex Brodie’s Tire focuses on network stations. “Even with all the fancy cable options, folks still watch a lot of network TV,” says Scott Williams, president. “People will argue that cable and cable recording features decrease a TV spot’s value, but we have found that even with the cable viewing, a large amount of the public still faithfully watch local TV news and network TV shows when they air.”

On the high end of the spectrum, Family Tire, with three locations in coastal North Carolina, dedicates 90% of its ad budget to TV – the largest amount in the company’s nine-year history.

“When we first opened, we were trying a lot more of the traditional ad methods, including coupons in the Sunday paper,” says owner Dave Bucher. “But when we tracked those coupons, we saw that we really weren’t getting a lot of return. That has led us to turn even more to TV over the years.

“I know it’s a relevant form of advertising because of the feedback we get and the immense number of people coming through our door telling us they’re here because they saw our commercials,” he adds.

With the high costs involved – from developing creative and producing a commercial to purchasing time slots – it’s important to go into TV advertising with a solid plan.

“Find someone to work with who’s knowledgeable about the market and is bipartisan,” Cobb advises. “Every TV station is going to tell you they’re the best for that market. What you have to find is someone who doesn’t have a stake in any one media outlet, who works for you to find the best place to put those dollars.”

He offers several tips for a successful commercial: promote some type of offer, without making it “in your face” or “over the top”; include an element of creativity; have a call to action; and appear trustworthy.

Cobb also recommends considering weekend spots, which offer less costly rates. “You can get the Today Show or Good Morning America for about half the price as during the week. You don’t have as many viewers, but you’re still getting your message out there.”

According to Ginger Griffin Marketing + Design, it’s best to spread your shop’s message across a variety of stations.

“Our budget (for Griffin Brothers) always includes a mix of local broadcast networks and cable providers,” the agency says. “We work with reps to select programs with viewers who closely represent our target customers. Also, more TV stations are incorporating online services into their packages, so that helps us get more for our money.”

For Griffin Brothers, partnering with an agency helps ensure the dealership’s marketing message is consistent. It also aids in negotiating the best possible rates and placement.

“It wasn’t until a few years ago that we started including (owner) Larry Griffin Jr. in the commercials,” according to Ginger Griffin Marketing + Design. “Since then, we’ve noticed that more people have mentioned seeing him or our spots on TV.  Having Larry on camera makes Griffin Brothers more personable and, we feel, lends more validity to the business.”

Among the most important aspects of a successful TV campaign is working with the right production company, according to Bucher, who says Family Tire is fortunate to have found a cost-conscious partner.

While he had his doubts at first, Bucher suggests developing a slogan or jingle to associate with your brand. “Our slogan is ‘We keep you rolling,’” he says. “When we first came up with it, we did a jingle. I thought it was really cheesy, but we now play that jingle on every one of our commercials because it ends up sticking in the minds of the public.”

Family Tire often films several commercials at once; when Bucher thinks one commercial has gained enough exposure, the dealership’s agency switches to a new one.

“We also have ads that are specific to certain parts of our business – vehicle service, for example – and if we get halfway through the month and our service sales are off compared to what they normally would be, we’ll pull out an old service commercial and start running it for a couple weeks,” he explains. “We save old commercials so they’re available to use in case they’re relative to what we’re doing or a problem that needs addressing.”

Lex Brodie’s makes the TV buys for its continuous branding campaign in-house. “We buy annual branding packages offered by stations,” Williams says. “They make the TV buying easy; their annual reach averages 95% to 98% of the 18+ demographic with good frequency. Since the packages, by design, reach a very large percentage of the population, we don’t have to sit down and monitor where (and when) the spots are placed.

“The annual packages we buy also get us a share of the station’s unsold inventory,” he adds. “This often gets us additional prime time spots and added value that almost always exceeds the value of our buy.”

When times were tough during the economic recession, while other businesses cut back their marketing, Lex Brodie’s stayed steady. The result, according to Williams, was that unsold inventory went up, allowing for “a tremendous amount of bonus spots, many of which were in prime time. Along with the contract spots, we had an amazing presence that took a strong local brand and allowed us to add some nice creative in a relatively quick and effective manner.”

What Not to Do

To avoid wasting ad dollars, it’s important to understand what doesn’t work when it comes to TV – and how to avoid pitfalls.
“When we first started purchasing TV ads, we only advertised during certain big promotions,” according to Ginger Griffin Marketing + Design. “Even though Griffin Brothers was on TV, our lack of frequency didn’t do us any good.

“We’ve learned that consistent, relevant advertising is what really helps to keep you top of mind. Investing in production and refreshing your material certainly helps as well, otherwise viewers get tired of watching the same message.”

AnchorLine’s Cobb advises dealers to skip the phone number or address and opt for including a dealership’s website instead.

He adds to avoid including too much information, as it can quickly clutter up a commercial and bury your call to action.
Weigh this advice, as well as the common TV misconceptions discussed on page 26, if you’re reviewing an existing TV marketing strategy or considering a jump into the medium for the first time.

While TV can be pricier than other forms of advertising, the platform is extremely effective if done correctly. Your dollars will be well spent if your spot’s message and placement align with your target audience. 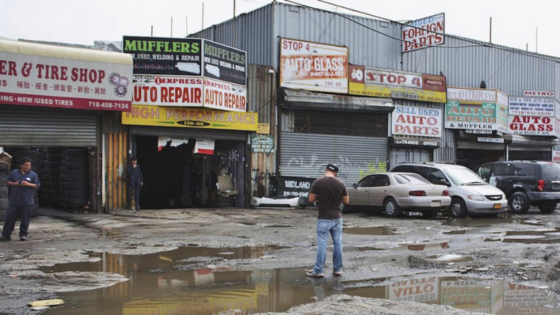