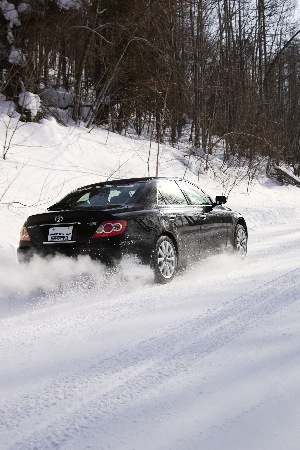 Nearly two years into their distribution arrangement, relations between American Tire Distributors and Nitto Tire USA Inc. remain quite warm. In fact, they could get even hotter in the coming years.

On the northeast edge of Hokkaido Prefecture in Japan, the Toyo Winter Tire Test Facility provided an array of braking, acceleration and handling trials for Nitto’s updated Winter SN2 tire, sold exclusively by ATD in the U.S., and Michelin’s Pilot Alpin AP3, used only for comparison purposes.

Built on 58 acres in 1989, the test center is used only during winter months, and is mothballed during warmer months. Most live testing is done between 7 p.m. and 3 a.m., a period when, according to Toyo Tire &Rubber Co. test engineers, the ice and snow is more consistent and not subject to sun-generated warmth. The facility includes a 1.8-mile outer track with multiple elevation changes and sweeping turns. The inner testing area includes ice and snow skid pads, multiple braking areas, and an ice/snow handling course.

The testing opportunity gave Sawyer and Tire Review a chance to run the Nitto Winter SN2 through its paces in a number of speed, handling and braking exercises.

A Solid Partnership
Nitto and ATD’s mutually beneficial relationship started some years ago when Nitto, led by president Tomo Mizutani, began supplying tires to California Tire, which was later bought by ATD. 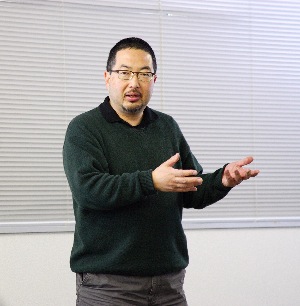 Looking to expand past its UHP and light truck reputation, Nitto and ATD began exploring the concept of launching a luxury touring line. Three years later, in May 2008, the partners rolled out the Nitto NT850 Premium, which is available only through ATD.

“Nitto had some available capacity for products and that opened the door for us,” said Sawyer. “It intri­gued us heavily and we took some time to evaluate what we thought were the best areas to explore in terms of product. That’s how we came up with the NT850 Premium.”

“ATD has a firm plan and direction to be a national leader,” said Mizutani. “They were looking for some unique products so we proposed to fulfill their needs.”

According to Nitto, the Winter SN2 is actually a second-generation line; the original SN1 came in just three sizes but still ranked second in a major winter tire test conducted by a “leading U.S. consumer magazine.”

“After seeing the potential for the NT850 Premium, Nitto came to us and said they had the po­tential for a winter tire,” Saw­yer said. “We thought that would be a very advantageous thing to be able to take to our markets.”

Will ATD and Nitto expand their relationship beyond two tire lines? “There is a strong desire to continue growing our relationship with Nitto, and part of that will depend on what their capacity and availability is in certain areas,” Sawyer said. “We would entertain other items that might have potential for us.”

“We see this as a great success story,” said Koji Watanabe, Nitto’s national sales manager. “ATD saw this as an opportunity for them that fit their national strategy, and we certainly will do what we can to encourage our relationship to grow.” 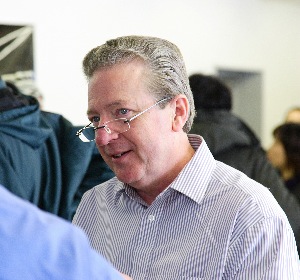 Sawyer indicated that, “One point about Nitto products on the whole is that they are well accepted in the market and we are having a lot of success moving them. Dealer feedback has been excellent. The dealers see these programs as a big advantage for them. The biggest challenge dealers see is having enough tires to hit all segments in the market.”

The biggest challenge on Nitto’s side is having the capacity to add new lines, something Toyo management is addressing.

“Even in this recession, fortunately all of the capacity we have is sold. So we have a capacity issue,” said Gloria Miya­moto, Nitto’s marketing manager.

“To grow this kind of program, the only option we have is to expand our Georgia factory, which we are doing,” she said. “Fortunately, we see the demand and the potential and we do not want to miss the opportunity.”

Adding Winter Performance
The Nitto Winter SN2, which ATD took on in early 2009, is positioned by the distributor as a second tier winter option that it claims performs comparably to top tier winter offerings like Bridgestone’s Blizzak WS60, Conti­nental’s ExtremeWin­terContact, Goodyear’s Dunlop Graspic DS-3 and the Michelin X Ice Xi2.

Since ATD took on the line last year, Nitto has made a few improvements to the T-rated tire, and added 17 sizes so that the line now covers 14- through 18-inch diameters.

The Winter SN2 has become “green” with the inclusion of bits of crushed walnut shell in the tread compound and the use of a special absorbent bamboo charcoal.

Click here to see our exclusive video from this event.