A native of “Honeymoon City” Niagara Falls, New York, Charles Harris began his aftermarket career after graduating with degrees in both Business and Marketing from Northwood University in Midland, Michigan. An experienced sales executive, Harris has spent more than 30 years in the automotive aftermarket, holding executive management roles at such well-known names as Tenneco, Monroe, TMD Friction and ASC Airtex before joining NTN Bearing Corp.

Throughout his career, Charles has focused on the value of people and developing their ability to communicate and execute, which generates organizational growth. In the podcast, Harris shares that his work with his team is his proudest accomplishment: “I think my proudest achievement has to do with my people and the teams that I’ve built. When I look back now on some of the people and how they excelled under my leadership in the business – not only becoming just regional managers, being sales directors, being VPs within the industry – that’s what makes me most proud.”

In this exclusive AMN Drivetime interview, Babcox Media CEO Bill Babcox sits down with Harris to learn more about what makes a great salesperson successful today, how to stay ahead of the curve, where Charles gets his motivation and more.

In this episode, Bill and Charles talk about: 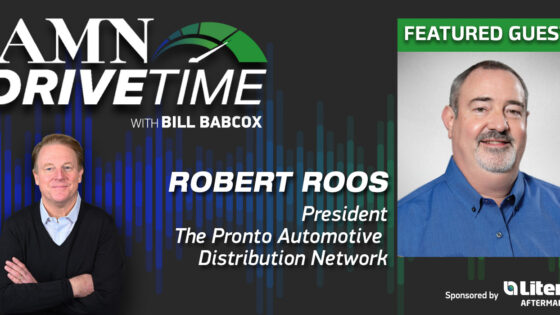