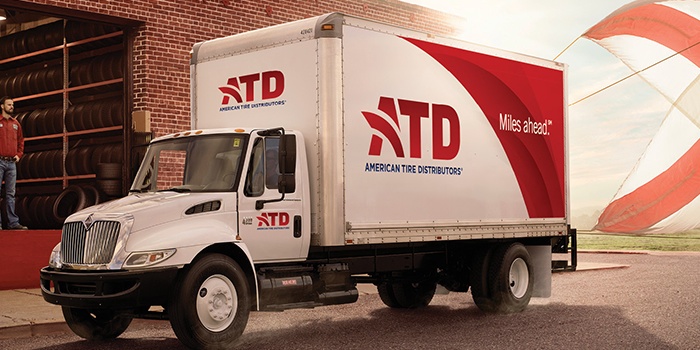 On the same day it said it would raise some $800 million through a note offering, American Tire Distributors Inc. announced that it has a new equity owner.

Terms of the deal were not announced and closing is subject to certain conditions.

“This transaction is another significant milestone in ATD’s growth story, and we are proud now to have two very notable investors as our primary shareholders,” said Bill Berry, ATD president and CEO. “The company appreciates the guidance TPG has offered for the past five years, and we look forward to the added experience and expertise of Ares as we continue to expand as the premier tire distributor in North America.”

“We are pleased to be able to partner with TPG to continue to grow ATD, a market leader with a demonstrated track record and significant expansion opportunities ahead,” said David Kaplan, co-founder, senior partner, and co-head of the Private Equity Group of Ares Management. “The company fits with Ares’ longstanding private equity strategy of acquiring strong franchises with proven management teams and helping them realize their full potential.”

ATD is the largest independent tire wholesaler in North America, operating more than 140 distribution centers, including 25 distribution centers in Canada. For its fiscal 2014 third quarter, ATD posted sales of $1.32 billion, up 34.1% year-over-year.

In August 2014, the Wall Street Journal reported that ATD was being shopped to other private equity firms and could bring “more than $3 billion.” Just two months prior, TPG Capital had set plans for an IPO for ATD, but those plans were scrapped when the private equity firm began taking bids for the distribution giant.

Over the last decade, ATD has had numerous owners. In March 2005, an investment group consisting of Investcorp Bank BSC, Berkshire Partners and Greenbriar Equity Group paid some $500 million for ATD, buying it from Boston-based Charlesbank Capital Partners. Five years later, the Investcorp group sold ATD to TPG for an estimated $1.3 billion.

During that same 10-year period, ATD grew rapidly, buying up a number of independent tire wholesalers and opening its own new distribution centers. In early 2014, ATD spent some $650 million to acquire both Hercules Tire & Rubber Co. and Terry’s Tire Town in separate deals.

Separately, ATD said it would raise approximately $805 million in gross proceeds through an offering of senior subordinated notes due 2022. The net proceeds from the notes offering would be used to fund the redemption of all of ATD’s outstanding 11.5% senior subordinated notes due 2018, to pay a cash dividend to American Tire Distributors Holdings Inc. (ATD’s parent company) to enable ATD’s ultimate parent company to “fund a cash dividend or other payment to certain of its security holders.”

Advertisement
In this article:American Tire Distributors