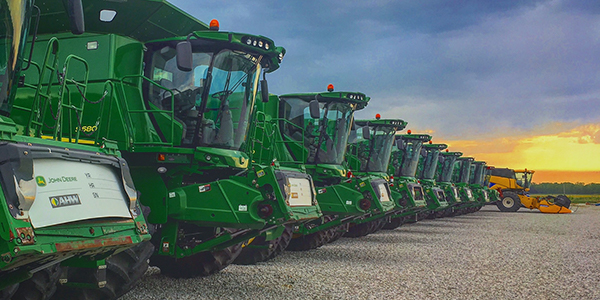 How lucky are we? If you turn on the TV and flip the channel to your favorite news station, watch for five minutes and ask yourself that same question again. How lucky are we? 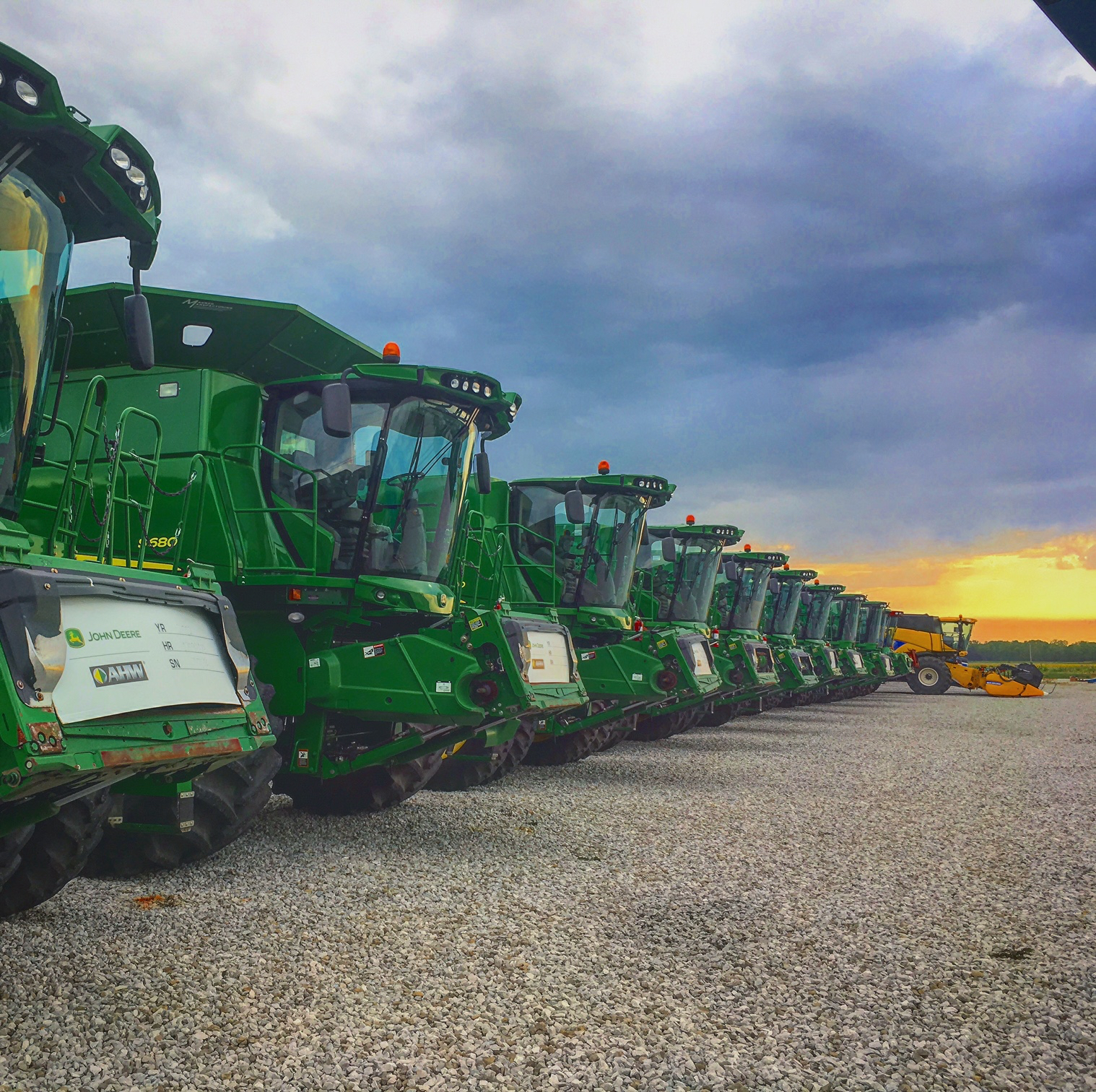 How lucky are we?

If you turn on the TV and flip the channel to your favorite news station, watch for five minutes and ask yourself that same question again.

How lucky are we?

Fox News is more than happy to let you know about the latest political scandal rocking our nation to its core. CNN wants you to know about all of the atrocious conflicts happening somewhere on the other side of the world. Meanwhile, CNBC and Bloomberg want you to know that the next Great Recession is knocking on the door and the world looks bleak.

The reality? We’re currently in the midst of the most peaceful time in the history of mankind. While it’s true that unspeakable things are still happening, there are fewer conflicts and conflict-related deaths than at any point in recorded history.

If you’re reading this, chances are pretty high that you’re an American or living in the United States. And based on some assumed demographics, there’s a pretty good chance that you’re a Caucasian male between 30-65 years old.

We could’ve been born anywhere in the world, but we ended up right here on this good American soil. We could’ve been born at any other time in history, but we were born sometime in the past few decades. We have supercomputers in our pockets. We have high speed internet just about everywhere we go. We have biotechnology that eradicates disease, clean water that doesn’t make us sick, and we can drive to the grocery store in our electric car powered by the sun to pick up steaks from Argentina, rice from Thailand, and almonds from California.

Remember, it wasn’t too long ago that it took a lot longer to move from point A to point B. In the not-too-distant past, we didn’t have high speed Wi-Fi, cell phones, electric cars or even (gasp!) bottled natural spring water from Fiji.

The point? The point is that our reality isn’t nearly as bad as what it sounds like on Fox, CNN, or any other channel with any other acronym. For a long, long time, life was a pretty cruel and miserable existence for almost everyone. We should thank our lucky stars and stripes that we live in the United States of America in 2017. In fact, we’ve never had it better.

Our modern nation was shaped by the robber barons. The ones who industrialized our country, took us out of the agricultural fields and plunked us into factories where we made cars and textiles, then tanks and bullets during the war, then silicon microchips and solar panels. They’re not strangers. These are names you’ve heard before. Cornelius Vanderbilt helped people in the south move north against the rushing currents of the Mississippi River with steam ships, then later pioneered modern railroads. That was fine until westward expansion brought the train tracks back to the banks of the Mississippi River, so Andrew Carnegie figured out a way to forge iron and carbon to create steel that allowed him to build bridges that would lead the steam engines westward.

We wanted light even at nighttime and cheap energy to fuel our development so in 1870, John Rockefeller founded Standard Oil in Cleveland, Ohio. Years later, a young man named Henry Ford was so inspired by what he saw in the cattle stockyards of Chicago that he brought the assembly line concept to auto manufacturing, then made cars cheap enough that almost everyone could own one.

They called them the robber barons because these guys had money, but that’s a comical understatement. When John Pierpont Morgan cut a check to Andrew Carnegie in 1901 to buy the Carnegie Steel Company, it made Carnegie the wealthiest man in the world. That $480 million check in 2017 dollars would equate to just shy of $400 billion today. That’s $400 billion with a B. Robber baron money.

The robber barons took from everyone and gave to themselves until the government was forced to step in and break them up. In 1890, the Sherman Antitrust Act was passed and broke up the monopolies. Because capitalism and democracy are good and require healthy competition. Monopolies are great for Rockefeller and Carnegie, but bad for you and me.

Earlier today, I met with three young men who own a tire dealership in Indiana, but it could have been anywhere. It may as well have been in your hometown because this one is a common story. These three young men are ambitious and know a good opportunity when they see it.

In this particular town, there are precisely three other tire dealers who serve the agricultural community. One of those three is really big and is getting bigger, buying smaller tire dealers and getting more powerful by the day. One of the three is an independent dealer who recently opened a second location, but had to shut it down because cash flow became a problem. The third had a really talented and well-trained service truck operator who got tired of making due with old equipment that was broken so he left that company and joined two of his friends at their new tire shop in town.

The problem is that these three young men are already financially all-in on their new business. They bought a location, spent the money for proper equipment, and even invested the money they inherited from their late grandmother into the business. They’re all-in and then some. The problem is that these young men can’t even begin to afford a proper service truck to service their local farmers. And meanwhile, the big and powerful multi-location ag dealer in town just bought a third service truck and brought in another quarter million dollars’ worth of ag tire inventory. If cash is king, these guys are the LeBron James of ag tires.

It’s no secret that consolidation in the tire industry is basically happening at all levels. Apollo tried to buy Cooper and if it weren’t for the plant in China building Roadmaster truck tires, Cooper would already be an Indian company. At the distribution level, American Tire Distributors paid $345 million for Terry’s Tire Town and then turned around and spent another $310 million for Tire Dealer’s Warehouse (TDW) and Hercules Tire & Rubber Co. Retail consolidation is starting to really heat up as Monro Muffler pounds its well-capitalized war chest and continues to scoop up independent dealers left and right.

And that’s not all. Arizona-based Discount Tire has around 1,100 stores today and has expressed its desire to have more than 2,500 locations in the not too distant future. Even the manufacturers are getting into the game with Bridgestone expanding its Tire Wholesale Warehouse (TWW) distribution footprint and building out its retail presence to more than 3,000 stores. The big get bigger.

The independents of the world are getting it from all angles. They’ll either get bigger or they’ll go away.

But, like all things in life worth thinking deeply about, there are three sides to this story, too. Because this seemingly desperate situation for independent tire dealers represents a golden opportunity for someone entrepreneurial, forward thinking and well capitalized enough to seize this opportunity.

The next generation of farm tire dealers is here, but we need help if we’re going to make it. If you’re interested, I have three new friends who own a tire dealership in a small town in Indiana and want to break into the ag tire business. But they need your help. They can smell the opportunity, but it feels like light years away as their competition gets ever bigger and more powerful. Those service trucks aren’t getting any cheaper and that big dealer in town just bought another competitor. Who will recognize and seize the opportunity?

This message is for you, Firestone. And you too, Michelin. Do you really want to sell your tires through a handful of really big and really powerful dealers? This message is for you, BKT and you, too, Titan. Can you afford to negotiate with the goliaths who need you less than you need them? You, too, Trelleborg, Mitas and Alliance. Don’t think I forgot about you.

There’s a lot that each of you can do to help the single location independent ag tire dealers. Some of you do some, but none of you do enough. That message also applies to the big distributors as well. The independent dealer has always been the backbone of the tire industry, but that may no longer be true in the future unless we do something and do it now.

Healthy competition lifts up everyone. It’s good for capitalism and it’s good for business. Competition is good for the tire industry and for consumers. And with that in mind, I’ll defer to someone who said it far better than I ever will. “The American, by nature, is optimistic. He is experimental, an inventor and a builder who builds best when called upon to build greatly.”

A Time To Build