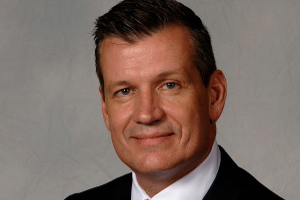 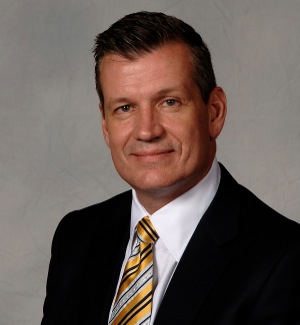 On stage at the Bridgestone Consumer Tire Business Meeting in November, Gordon Knapp, the new CEO and president of Bridgestone Americas Inc., shared his concerns over the commoditization of the tire industry and the importance of adding value to each customer interaction, without a “race to zero” of selling on price alone.

Once out of the spotlight, Knapp sat down with Tire Review for an exclusive one-on-one interview. Though new to the role of Bridgestone CEO, Knapp stressed his commitment to the success of the independent tire dealer.

“For our independent dealer network, their success is our success,” Knapp explained. “We propose to them a variety of tools to help, if they choose to take those up and act upon them to contribute to that success. We’re working very hard. We have very good competitors, they all sell good tires, but one of the ways we differentiate ourselves is to help our dealer network succeed in business – not just provide good product for them. Good product is the foundation, but the other things provide the differentiation.”

When asked what he enjoys most about the tire industry, he laughed and said it’s definitely the people. “The one fun thing about this industry is that it’s relationship driven. I think that’s fun, you build those relationships over time and you invest in them. It’s actually symbiotic – their success is our success. There are some great people – and some great characters – in this industry.”

Regarding plans for Bridgestone to sell direct to consumers online, Knapp said that there are no plans for the short-term but he won’t rule it out in the future. His preference is to equip the independent dealer network instead.

“A key strategy that drives us is we want to make sure that we have access to the consumer broadly. Access to the consumer may mean digitally or e-commerce, but again, I want to emphasize that the approach we’ve taken is that we want to enable our independent dealers first. That’s why we’ve made the investments in Tire Connect, Tire Navigator and Side By Side… We think that’s the best way to win.”

He added that the corporate sites are not to consummate sales online but to drive consumers to in-store locations including independent Bridgestone and Firestone partner stores.

“But to be transparent, something I’ve learned as a CEO is to never make promises you can’t keep, so let me say that we have no plans in the next 12 months to launch a corporate site where we’re consummating sales online,” said Knapp. “It’s a bit of a different strategy than some of our competitors do and at some point, our hand may be forced to go into that, but at this point it’s not part of the strategy. And dealers have expressed their appreciation for the approach we’ve taken.”

On digital adoption: “Whether people like it or not, digital and e-commerce is here to stay. It’s hard to believe it’s not going to become more invasive and more influential in the tire industry. We can have a grand debate about how fast and how deep and all that, but it’s coming. To suggest it’s not is probably not the right strategy. I think you’re going to see that as an important area.”

On autonomous vehicles: “I believe long term that increasing degrees of autonomous driving will become a reality in North America. I don’t think it’s going to be in the next 5 years. I remind people all the age of the average vehicle on the roads is 12 to 13 years so to see a major overhaul of that fleet doesn’t happen overnight.”

On dealers capitalizing on these trends: “Again, I think everyone has to sit back and watch where all of this is going and what role you’re going to play. We are big believers that eventually to think that you’re going to sell an OEM or a consumer ‘just a tire’ is probably not going to cut it. You’re going to have to sell them a solution or a productivity enhancement – something that adds more value.”

How Independents Can Win

According to Knapp, independent tire dealers that embrace the idea of connecting with consumers online will come out on top, provided they make use of the tools available to them.

“It comes back to the independent dealers having to position themselves so when the consumer goes online – over 60% of consumers decide where they’re going to buy their tires and where they’re going to get them mounted before they make the decision on what tire or what brand – so the independent dealers need to make sure that they’re in that consideration set. That’s generally true that some dealers are larger and better financed than some of the smaller ones, and to the degree that if you’re doing a digital search and that other one comes up first, that is going to be a disadvantage. I believe that, hopefully, they can take advantage of some of the tools that (Bridgestone) is providing, that it will help make the playing field a little more level. Again, if they don’t participate in that, our concern is that long term they may disadvantage themselves with consumers based on how they buy.”

A Conversation with Gordon Knapp of Bridgestone Americas

Resilience, Ingenuity to Forge Pandemic Rebound
Connect with us