The company sells some 500 Avon tyres a week – or 26,000 a year – having been a partner since its inception in 1964. Avon Tyres account manager Graham Mitchell said: “We are proud to have been part of MTS’s success for the past 45 years. Through outstanding customer service, MTS has successfully provided local people with access to quality, locally-produced tyres. We look forward to another 45 years working with them!” 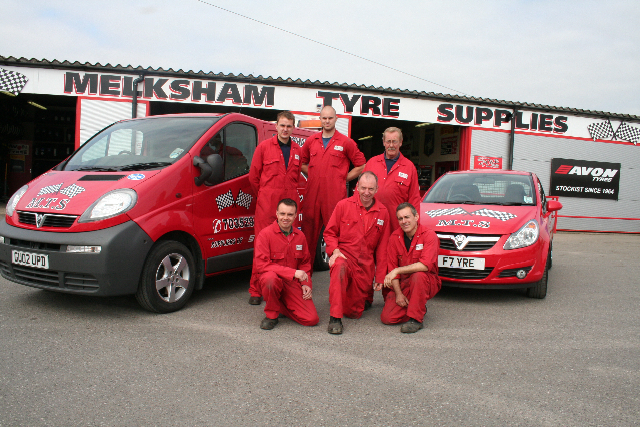 The family-run firm, based on Station Approach in the town, is run by Melksham man James Love (30), whose father Colin started the company after working in the service department at Avon’s Melksham plant, now owned by Cooper Tire & Rubber Co. MTS employs eight people, some of whom have been with the company for as many as 30 years.

In running a lucrative independent business, especially in the current economic climate, Love’s secret is to keep things simple: “We keep our prices competitive and we provide an honest, reliable service, it’s that simple,” he says. “My dad started the company after working at the then Avon Tyres plant. He realised that, although there were plenty of local people making the tyres, there wasn’t anyone locally selling them.”

Love Sr. opened MTS’s doors in 1964 handing over the day to day running of the company to his son around five years ago. James, in turn, has been involved in the company since 1998, when he was 19. (Tyres & Accessories/Staffordshire, U.K.)