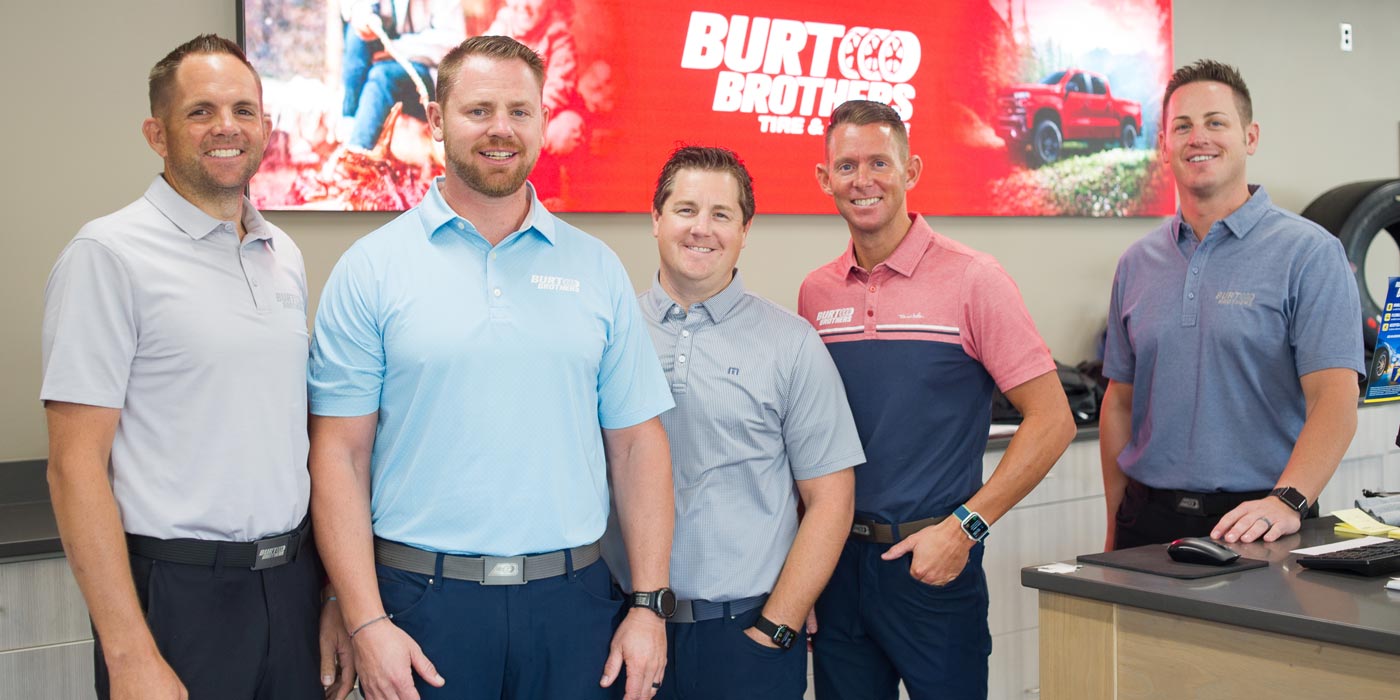 On the morning of March 18, a 5.7 magnitude earthquake hit Salt Lake City. Power went out, bricks toppled off downtown buildings, and residents, already rattled by fear of the coronavirus, woke up to the largest earthquake to hit Utah since 1992.

“With COVID and this earthquake, people were frantic,” remembers Cory Burt, one of the five partners who make up the ownership team of Burt Brothers Tire & Service.

“Billboards were flying off, semi-trucks tipped over,” Jake Burt recalls, remarking on the unprecedented 113-mph winds.

While others might have buckled under the stress of two natural disasters and a pandemic, Jake and his brothers Jeremy and Jason, along with their two cousins, Cory and Brandon, got to work. Despite being at the helm of the business for a little less than two years, the five Burt Brothers owners stood strong, changed their business and remain confident in their vision for the future—building on the success of their fathers, expanding while keeping that grassroots, hometown feel and “doing it better” every day, now in a digitally-driven world.

“I think what 2020 has done for us is it’s gotten us into the mode of just problem solving,” Cory says, “We’re not the guys who will put our heads in the sand. We’re going to fix it, change and get the job done because that’s what we do.”

Back in the ’70s, Wendel Burt was the first to dip his toe in the tire business, his son, Jake, recounts. He started out as a mechanic at a Goodyear store—busting tires, changing brakes—but soon realized his skills were more suited for sales. By the early ’80s, he worked his way up into management, running several local Goodyear stores. But, he wanted more.

In the mid-’80s, David Early of David Early Tires recruited Wendel to be an area sales manager of his stores in Utah. Soon after, Wendel recruited his brother, Ron, to come on board. Once they got their feet wet in management, they decided to branch out on their own.

After a handshake deal with another tire dealer in Utah fell through, Wendel and Ron applied for a loan from an area bank, put their careers on the line and built their first Burt Brothers store in Bountiful, Utah in 1991. They started out with the goal of selling one set of tires per day, and the business blossomed from there. Over the next 20-plus years, they would open 11 more locations along the Wasatch mountains.

“We were fitted for brooms at an early age,” Jake quips, recalling how he, his brothers and cousins started out. Cleaning floors, fixing flats and changing oil were reserved for the teenage years and into college.

After receiving their degrees, they rose into store management and started putting some “sweat equity” into the business. “We’ve all managed stores, opened stores and have had a bunch of responsibilities knowing that hopefully one day, we’d be able to purchase the business,” Jake says.

That transition took place in 2013. Ron was elected to serve as a mission president for The Church of Jesus Christ of Latter-day Saints, and he and his wife, Leslie, would lead the Vancouver, Canada, mission for three years. Wendel also stepped back and empowered the five future partners to step up and take over owner responsibilities to move the company in the direction they envisioned.

“We each just kind of took our own little niches that we had, our strong points, and that’s where we’ve all ended up,” Brandon says. “We just went with our strong suits, and we complement each other really well.”

Wendel’s sons, Jake, Jason and Jeremy, and Ron’s sons, Cory and Brandon, formally purchased the business from their fathers at the end of 2018. Running the business like a well-oiled machine, each man plays an integral role: Jason and Cory each oversee six stores; Brandon runs accounting and works with the dealership’s fleet center and parts vendors; Jake is in charge of training, talent and culture; and Jeremy runs Burt Brothers’s wholesale operation and the dealership’s marketing.

In the transition phase, their goal was to standardize processes and procedures across all their locations, which they attribute to massive growth in the last five years. Now, they’re looking to take the business to the next level.

Burt Brothers’s slogan “Doing it Better” came about because Ron and Wendel believed they could take care of their customers better than the competition. To them, that means paying attention to the details in each customer interaction: greeting customers with a friendly smile, explaining the work that needs to be done, and doing it timely at an unmatched price. It means keeping the bathrooms cleaner than your own home. It means taking care of customers as if they’re one of the family.

Now, the Burt cousins are focused on building upon that solid foundation and leading the shop into a digital-focused future. “From their generation to ours, the world has changed immensely and we’re at a perfect time in our lives to change our business to what the world wants,” Brandon says.

“We said a few years ago, if they [customers] can’t do it on their phone,” Jeremy chimed in, “we’re making it too hard.”

For years, customers have been able to purchase tires online. Now, they can also schedule appointments through Burt Brothers’s mobile-friendly website, and a service advisor can confirm appointments, send quotes, obtain authorizations, update customers on their vehicle’s health and text them a link to pay for services, all rendered through the shop’s POS system. They can also respond to Google and Yelp reviews—both good and bad.

They’ve replaced balloons and streamers that would have advertised a certain promotion, for precisely targeted Google and Facebook ads, and engage with customers on the shop’s social media platforms.

“All of these things really came in perfect time for COVID,” Jason adds. “We had all this going on or in the works before it hit, and then when it did, we were just putting the finishing touches on it.”

The Burts’ passion for their business is kicked up a notch when  they explain what they’re able to do for their surrounding community.

They sponsor local sports teams, too many to list here. They’re the title sponsor of a local Rotary’s Coats for Kids event, which features a car show, festival and the Burt Brothers Burnout Contest, and raises more than $50,000 for underprivileged kids. During the holidays, they display Salvation Army Angel Trees in their stores, buy gifts for children in need and deliver them just in time for Christmas. Each year, they also work with local schools and principals to nominate a “Teacher Who Does It Better.” The winning teacher receives a two-year pre-paid lease on a vehicle with all the maintenance taken care of and a set of winter tires.

Cory describes the dealership’s steadfast commitment to its community as a partnership between them and their customers.

“When they ask us if we can help fund whatever it is, we want to help them because they help fund us. I think that makes our customers feel good about shopping with us. We’re local and we give back.”

While the Burt cousins foresaw the move to a digital future, what they didn’t see coming is how 2020 would test their leadership skills and strength. Not only are they navigating uncharted territory by leading their business through a pandemic, they’ve also had to empathize with the struggles their 289 employees have undergone in the last seven months. Despite these challenges, the Burt cousins’ brotherhood-like bond that sets the tone for the dealership’s family atmosphere helped them weather the storm.

“One thing that I have really learned through this is how much our employees mean to our business,” Cory says. “We didn’t lay off a single employee. I actually think we’ve created a deeper bond with them because they know we are going to stand by them no matter what.”

While the business saw a drop in sales at the end of March and early April, its owners were quick to adapt to how customers wanted to do business. With this in mind, the Burts are constantly transforming how they can best serve customers—which includes opening new locations.

The five partners plan to open a 13th Burt Brothers location in Layton, Utah, next year. However, growth and consistency are key, and they believe slow and steady growth is the secret to success.

“We’re fighting this battle where we want to stay grassroots but be the big guy [customers] think of,” Brandon says. “We’re trying to instill what Ron and Wendel did really well, which is know the people, and we’re trying to grow with that love and grassroots feel.” 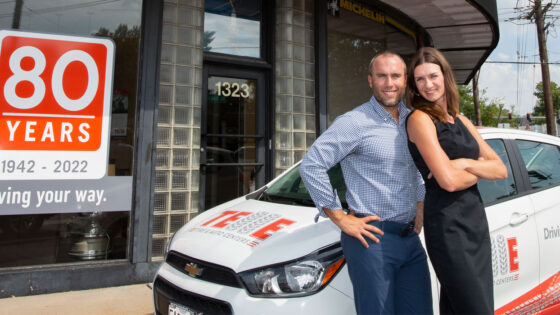 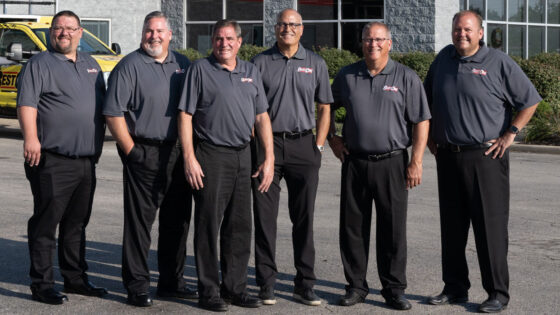 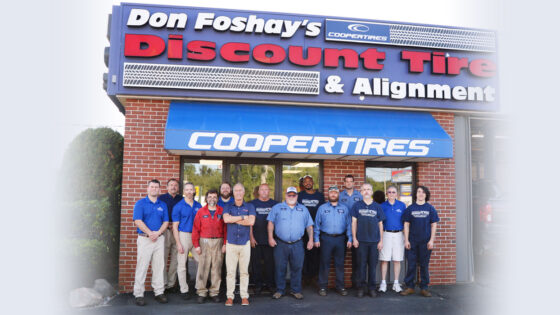