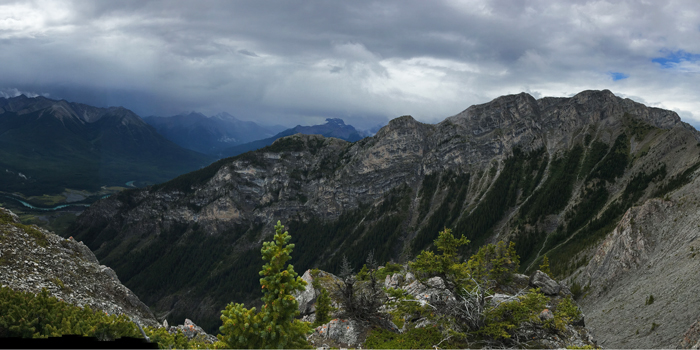 As the morning fog lifted across the mountains of Banff, Alberta, 25 tire dealers gathered for a dealer meeting update from Falken Tires leadership on Aug. 9. During the meeting the tiremaker detailed the direction of the company, its products and its positioning within the marketplace.

Mirroring the adventure vibe of its national consumer advertising campaigns, the Falken event itself “Beyond Boundaries” brought together the top Falken dealers from across North America for a week of activities designed to push the limits of what they may have thought possible. The tire dealers we spoke with found personal satisfaction in the accomplishments of the week, from climbing Mount Norquay across the Via Ferrata (or “iron road,” a protected climbing route) to walking across a glacier to exploring the mountain valleys on horseback.

According to Richard Smallwood, Falken CEO, he wanted people to experience something different, to be challenged and to do things they otherwise never attempt. The event theme and activities – going beyond the limits we set for ourselves – were designed to shift the perspectives of event participants, which Smallwood hopes they will return home with, inspiring both themselves and those around them.

Following a warm welcome from Smallwood, Falken’s Executive Director of Marketing Richard Brennan provided a state-of-the-industry overview and update on trends and activities of Falken USA, part of Sumitomo Rubber Industries’ Falken brand. Brennan’s presentation included changes the tire brand has made in its consumer marketing, new and extended dealer pricing incentives for Q3 and an explanation of the strategy behind production at the new manufacturing facility in Buffalo, N.Y.

Falken said additional sizes will be added into production on a gradual basis. Brennan reassured dealers that the production strategy is to ensure a quality, consistent product across inventories – with no concern over dual-sourced same-size inventory as no two Falken facilities will produce the same size of tire. This is to ensure consistency by tire size for better quality, minimizing any potential mismatch issues. 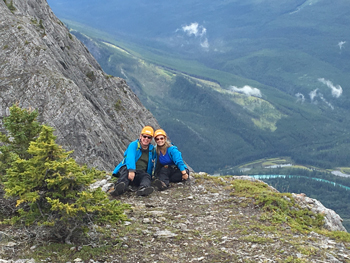 Lewis and Nora Jane Wexler of Free Service Tire Company share a moment atop Mount Norquay on the Via Ferrata.

After very strong product launches for the Wild Peak AT3W and the Sincera SN250 earlier this year, the company is extending its 4% launch special program to drive stronger activity in the third quarter 2016, as well as repositioning its pricing as compared to competitors within the space. The Falken Sincera SN250 will more closely align with pricing on Hankook Optimo H724, Kumho Solus TA11, Nexen CP641, and Yokohama Avid Ascend and Avid Touring-S tires. The Wildpeak AT3W compares itself against the Hankook Dynapro AT-M, Nexen Rodian AT Pro RA8 and Geolandar A/T G015.

According to Falken, the goal is to help its dealers “sell more and sell out more often.” They encourage dealers to get in touch with their Falken representatives for specific details.

Brennan said they are also working on new ideas to keep dealers and consumers engaged and to help with promotions and rewards within dealer sales teams.

The main trend to influence future strategy for Falken is strong growth within the CUV/SUV vehicle segment.

“We want to grow and to build our brand to be a bigger piece of the pie,” Brennan said.

Working with OEMs is a strong component of the company’s North America approach. Currently they outfit tires for the new Jeep Renegade Trailhawk Edition and Chrysler 200 models made in the U.S. for global export. They are also working with Toyota’s Rav 4, Honda, Chrysler Pacifica, Nissan Rogue, the new Mazda CX-9 and Volkwagen, among others, with more announcements to come. Growth within CUV ownership will shape the direction of upcoming product introductions.

The Falken marketing team led by Brennan has shifted its approach from motorsports to Major League Baseball to gain greater consumer exposure, especially with games on TV. The shift in strategy has increased the number of sports-related television impressions from 3.5 million in 2015 to roughly 150 million impressions at the recent MLB All-Star Game alone. By the end of the season, they estimate upwards of 2 billion impressions thanks to outfield signage. 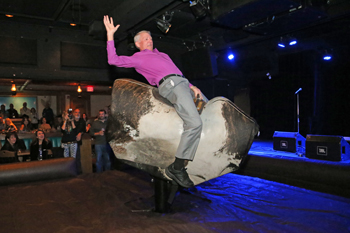 “We’re building awareness, promoting the brand to help you sell out,” Brennan told the crowd, explaining his goal of hitting the right consumers 12-15 times in a one-month period with messaging to support sales.

With the exclusive sponsorship of MLB, plus regional sponsorships of the San Diego Padres (location of the All-Star Game and near Falken’s U.S. headquarters in Ranchero Cucamonga) as well as the Cleveland Indians and Detroit Tigers to target Midwest and OE accounts, the signs behind home plate and in the outfield of those stadiums are designed to elevate the brand.

The tiremaker’s “Grip the Moment” segment highlighting the play of the game on FoxSports is also part of the plan. According to Brennan, website visits have increased 41% since the MLB initiatives began.

Falken’s campaign theme “Grip the Moment” is based on adventure, using top-rated amateur athletes such as rock climbers and surfers to promote the brand across campaigns.

“You have to do all these things to make it effective,” said Brennan.

Dealers Go Beyond in Banff