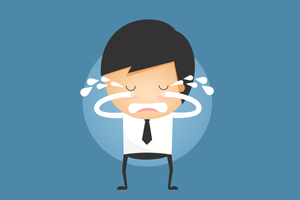 Managing difficult employees and holding them accountable in a litigation-happy environment often feels akin to walking a tightrope while wearing a blindfold. And while not every under-performing or disgruntled employee will take legal action, companies can discourage litigation by instituting and consistently following good discipline and performance policies.

Two important management tools for handling challenging employees are progressive discipline plans and performance improvement plans (PIPs). Both methods allow you to provide employees with feedback on their performance and reinforce your expectations. They also make you look reasonable because you’re providing an employee a reasonable opportunity to change problematic behavior. Effectively you’re maximizing the chance that the employee will actually improve (it happens) while building a record to support termination or defend a lawsuit, if that becomes necessary.

When it comes to progressive discipline, no one progression is always correct. As I’ve mentioned in the past, some incidents warrant immediate termination – things like threats of violence or sexual assault should not be tolerated. Lesser issues are typically better addressed with a written warning or suspension, depending on the offense and any other discipline the employee has received recently.

Keep in mind uniformity is important when you issue discipline. If two employees with similar employment histories do the same thing, they should receive the same discipline. Any variance should be based on factual differences in the nature or degree of the infraction, including aggravating and extenuating circumstances. Avoid discipline that comes too long after the infraction, impulsive discipline that stems from annoyance or anger, and overly aggressive discipline for an employee with an otherwise good track record.

As always, careful documentation is important. When you’re issuing written discipline, record objective facts, not opinions. Be as specific as possible, and include times, dates, locations, and quotes. And while it’s tempting to include cathartic comments such as “This employee is depriving a village somewhere of an idiot,” or “If he were any more stupid, he would have to be watered twice a week,” they’re not helpful. Employees in many states have the right to review their personnel files, and insulting or demeaning language may ultimately spur him to file suit out of wounded pride. Judges and juries tend not to like these comments, either.

While discipline is often appropriate for discrete incidents, PIPs are more like coaching. It’s a way to document an ongoing interaction between the company and an employee to improve or clarify one or more broad areas, including performance, communications and expectations. PIPs are often appropriate when the issue concerns ongoing performance as opposed to misconduct, when the employee has two or more areas of concern, or when you’re trying to correct a longstanding problem that has gone unaddressed.

A good PIP clearly defines all performance areas or issues, defines satisfactory performance, sets incremental and/or overall goals and deadlines, and provides for periodic follow-up. It also may provide for specific training the employee must complete. Finally, it sets forth the consequences of failing to successfully complete the PIP, such as demotion, transfer or termination. There is no one-size-fits-all PIP; one of its strengths is the fact that it’s tailored to the specific job, performance issue(s) and employee. Finally, in some situations it may be appropriate to issue both a disciplinary action and a PIP to an employee at the same time.

While the challenges facing employers vary widely, let’s talk about several types of legally problematic employees that you may see.

Do you have an employee who bursts into tears at every slight – real or imagined – and consistently makes mountains out of molehills? She’s constantly in your office emptying the tissue box and complaining about what so-and-so said or did. Her drama exhausts you, so you tend to ignore her. However, in doing so you run the risk of missing legitimate complaints or failing to realize she’s effectively asking you for an accommodation under the Americans with Disabilities Act.

The best approach here is to remain patient and consistent. Treat every claim she makes as if it were the first. Remember the importance of documenting her claim, your investigation and the results. For the legitimate claims, take appropriate action in disciplining the offending party. For the others, consider providing Sally some feedback about why it wasn’t something that you, as the company, can act upon. If you believe she may need an accommodation, engage in that discussion with her.

Mr. Untouchable believes a previous complaint or lawsuit makes him immune from all company rules. He cries foul early and often, and he frequently has performance issues and a sense of entitlement. The biggest risk here is that if you take action against him, it looks like you did so as retaliation to his complaint or suit. But he’s not doing his job and he’s bringing everyone else down with him.

Contrary to what this employee may believe, making a complaint does not protect him from discipline or even termination; it simply means you should be careful that when you take disciplinary action that you’re not retaliating and it doesn’t look like you are doing so. As always, it is important to maintain and follow legal policies. Ensure you have a solid, well-documented reason for all discipline. In this situation in particular, I also strongly recommend involving employment counsel to provide a fresh, critical eye as retaliation claims are common.

The Different Drummer stands out in a crowd. His piercings, tattoos, clothing and/or extreme hairstyle consistently draws attention. It’s possible you have even received customer complaints about his “alternative” appearance.

Here, the key is to be reasonable and consistent. You can often impose some appearance-based requirements based on safety concerns, the nature of the job or the company’s public image. In those situations, failure to meet those reasonable requirements could be grounds for disciplinary action.

However, take care that your policies aren’t a vehicle for discriminating against a protected lifestyle choice that could lead to claims of discrimination on the basis of religion or sexual stereotypes (like a claim that discipline was imposed for failing to meet gender-based expectations).

Perhaps you have a supervisor who hugs everyone, constantly invades personal space and makes suggestive or overly familiar comments about physical appearance or personal relationships. There’s no one incident that’s particularly horrible, but he’s consistently inappropriate (Think: “Those hips were made for babies, Alice.”).

This employee has often been with the company for many years and his “personality quirks” are well known and largely accepted since “that’s just the way Bob is.” What’s the problem there? Isn’t it nice that Bob is so friendly? In a word, no. This supervisor opens the door to company liability in the form of harassment claims in person and online. Further, because he’s a supervisor, his actions can often be imputed to the company itself.

Managers are employees, too, and thus can be disciplined just like everyone else. Managers in particular may benefit from a PIP that includes regular coaching regarding professionalism, the proper handling of employee issues, or good management techniques. Here, while it’s tempting to ignore the behavior until a serious problem arises, a better approach would be to issue Bob a PIP regarding his unprofessional behavior. A PIP could describe his inappropriate conduct, require certain training and gives him a reasonable chance to change his customary ways before he is issued discipline.

The Un-Manager manages through likability or simply lets employees do their own thing. She often hates confrontation, especially if she was recently promoted from within. She instead would rather appeal to her own supervisor to do her dirty work. She may lack skill, training or simply the desire to manage effectively.

The Un-Manager is one of the most problematic cases because her failures can lead to company liability in one or more of the other scenarios. From a business perspective, her failure to lead can also result in inefficient or unprofitable operations.

As with Bob, the Un-Manager may benefit from a PIP that sets forth specific expectations and details a program to give her the skills she lacks. If a simple lack of training is the problem, it is usually easily remedied by providing the necessary instruction. Ultimately, the Un-Manager may need to be taken out of a leadership role if she cannot learn the skills necessary to manage effectively.

While it’s impossible to eliminate all risk, careful, consistent handling of challenging employees will help create a positive, lawful work environment for everyone.

Advertisement
In this article:difficult employees, HR, human resources, legal, regulations, You & the Law