September 2017 marked the 10-year anniversary of mandatory tire pressure monitoring systems (TPMS). During these past 10 years, more than 147 million vehicles were sold with TPMS. If you multiply the number by four, it means that there are more than 590 million tire pressure sensors that will need replacement in the future.

Consumers are Waking Up to the Benefits of TPMS

In 2010, only 46% of consumers could identify the TPMS light and what it indicated about their tires. In 2014, the same survey revealed that consumer awareness had reached 58%. That number has since grown.

The Market Will Provide Solutions

In the past 10 years, we have seen an explosion of replacement sensor programs. New technologies like universal and programmable sensors have not only reduced the costs of sensors, they have also made it possible to
cover a significant percentage of the population of TPMS-equipped vehicles with less inventory.

TPMS is Making a Difference to the Environment

If you consider more than half of the 272 million vehicles on the road have TPMS, the impact to the environment has to be substantial even if it can’t be directly measured.

A 2012 study by the National Highway and Transportation Safety Administration (NHTSA) found vehicles with tires under-inflated by 25 percent or more to be three times more likely to be involved in an accident. In a 2011 survey, NHTSA showed that TPMS was 55.6 percent effective at preventing severe under-inflation.

These numbers drive home that TPMS is a vital safety system for consumers. Choosing not to service the TPMS can have a grave impact on the customer.

Dancing Around Sensors Does Not Work

In the early days of TPMS, it was common for a technician to leave the sensor in the rim when the tire was dismounted and mounted. The fear was that the sensor would be damaged or a service kit was not available.

But shops have learned avoiding sensor service can cause more problems than it solves. Many shops have seen customers come back after replacing a tire due to a slow leak caused when the sensor was disturbed during service. Also, shops have realized that not replacing the service kit can result in dry rot that can cause a slow leak.

The availability of TPMS service kits has increased dramatically in the past 10 years. With a large population of vehicles with TPMS, stocking service kits is mandatory.

Sell Sensors as a Set

If a single sensor has reached the end of its lifespan, replacing all sensors at the same time is highly recommended. Similar to headlights, once one sensor dies, the rest are likely to be close behind. The same is true for corroded valve stems.

Ten years ago, many people predicted that spare tires would go the way of tail fins and pop-up headlights. But run-flat tires and cell phones have not replaced spares. In fact, many vehicles are including full-sized spares.

Rookie techs often forget the TPMS sensor in the spare tire because it is under the vehicle or in the trunk. If the spare tire sensor is not relearned or serviced, it typically results in a comeback.

What is in store for the next 10 years of TPMS? It is tough to say. Many think it could be a radical shift in sensor technology. Some new concepts have the TPMS sensor moving to the tire to provide more accurate temperature measurements. Other new technologies will include embedded sensors in the sidewall and tread that can measure what is going on at the contact patch.

TPMS: Upselling a Second Set of Rims and TPMS Sensors

10 Years of TPMS: A Technology Comes of Age

TPMS Tool Proliferation: Why It Happens, How to Avoid it
Connect with us 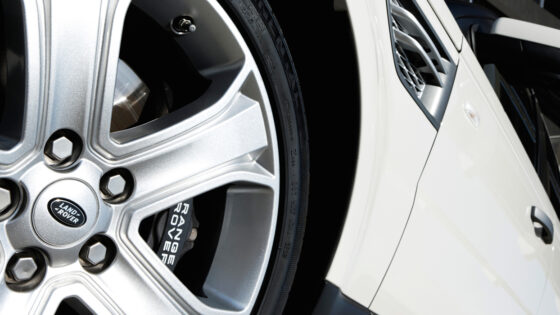 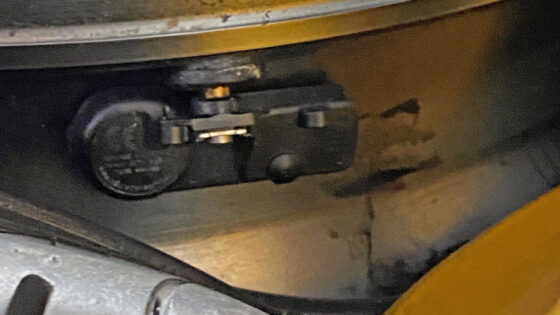